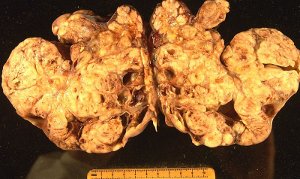 OXiGENE has completed the toxicity analysis for its randomised Phase II trial of Zybrestat (fosbretabulin tromethamine or CA4P) and Avastin (bevacizumab) in combination, indicated to treat patients with persistent or recurrent ovarian cancer.

The company said the drug combination was shown to be acceptably tolerated by patients in the second and final scheduled interim toxicity analysis.

The company plans to complete patient accrual for the study in three to four months, and release top-line data bythe end 2013.

The study is being carried out by the Gynecologic Oncology Group (GOG) at more than 80 sites in the US, under the sponsorship of the Cancer Therapy Evaluation Program (CTEP) of the National Cancer Institute (NCI).

OXiGENE vice president for clinical development Dr Jai Balkissoon said the company is pleased that the second and final interim safety review was acceptable, and that enrollment has significantly increased due to the addition of platinum-resistant ovarian cancer patients, who have very few treatment options available to them.

"With our collaborators at the GOG and CTEP, we look forward to completing enrollment by mid-year and generating top-line data by year-end. We are hopeful that the efficacy and safety data could support advancing toward a pivotal registration program in ovarian cancer," Balkissoon said.

OXiGENE considered only the patients with measurable or detectable recurrent or persistent epithelial ovarian, fallopian tube or primary peritoneal carcinoma with a history of only one prior platinum-based chemotherapeutic regimen for the study.

As part of the therapy, both platinum-sensitive or platinum-resistant patients are randomised in their two arms.

Bevacizumab 15mg/kg IV is given for one arm while bevacizumab plus fosbretabulin tromethamine 60mg/m² IV is given for the other arm on the first day, with the process repeated once every three weeks for both arms.

The primary endpoint of the study is progression-free survival, with safety, overall survival and objective responses by treatment arm as the secondary endpoints, according to the company.