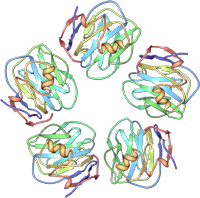 Promedior, which develops new biologic therapeutics to treat diseases involving fibrosis, is developing PRM-151, a recombinant form of an endogenous human protein that has the potential to prevent and reverse fibrosis.

The Phase II trial is a multi-centre, two stage, adaptive design study, which will assess the efficacy and safety of PRM-151 as a single agent or added to a stable dose of ruxolitinib in patients with primary myelofibrosis (PMF), post-polycythemia vera MF (post-PV MF), or post-essential thrombocythemia MF (post-ET MF).

Around 24 patients would be enrolled in the first stage of the study, with about 80 additional patients in the second stage.

Response rate according to the International Working Group-Myeloproliferative Neoplasms Research and Treatment criteria, a comprehensive assessment tool designed by an international group of experts to objectively measure the effectiveness of treatments for MF, is the primary endpoint of the study.

Scheduled to be completed in 2014, the trial is expected to expand the company’s clinical focus beyond idiopathic pulmonary fibrosis (IPF) to myelofibrosis, a life-limiting orphan disease with significant unmet medical need.

Promedior chief medical officer Elizabeth Trehu said advancing the clinical development of PRM-151 into clinical studies in myelofibrosis patients is a significant milestone for the company.

"We are optimistic that data from this study, combined with the encouraging data in IPF, will demonstrate that PRM-151’s novel mechanism of action is applicable to a wide range of fibrotic diseases," Trehu said.

"We are optimistic that data from this study, combined with the encouraging data in IPF, will demonstrate that PRM-151’s novel mechanism of action is applicable to a wide range of fibrotic diseases."

The Phase II trial is based on data secured from a randomised, placebo-controlled clinical study in patients with IPF, in which PRM-151 was found to be generally safe and well-tolerated.

In the IPF study, PRM-151 resulted in a mean improvement in Forced Vital Capacity (FVC) at eight weeks after dosing for only two weeks, whereas patients receiving placebo had a decline in FVC.

PRM-151 is a recombinant form of an endogenous human protein, Pentraxin-2 (PTX-2), that is specifically active at the site of tissue damage.

MF is a type of myeloproliferative neoplasm and a serious, life-limiting cancer that is characterised by fibrosis of the bone marrow.

Phase Ia and Ib clinical trials in healthy subjects and IPF patients have showed that PRM-151 was safe and well tolerated, while the Phase Ib study in IPF patients showed encouraging results in exploratory efficacy endpoints.

Image: PRM-151 is a recombinant form of an endogenous human protein, Pentraxin-2 (PTX-2), a naturally occurring protein that is the foundation of Promedior’s proprietary platform. Photo: courtesy of Promedior.

08 Jan 2021
Registration is disabled.
We use cookies to ensure that we give you the best experience on our website. If you continue to use this site we will assume that you are happy with it.ContinueLearn more