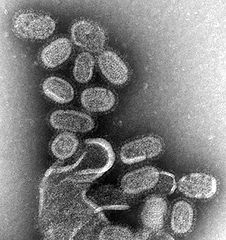 The trial will enrol 1,400 patients with fever and other symptoms of influenza.

Patients will be randomised with either NT-300, placebo (sugar pill), oseltamivir (Tamiflu) or NT-300 plus oseltamivir.

Romark chairman and chief science officer Dr Jean-Francois Rossignol said the trial is designed in such a way that the resulting data supports an NT-300 marketing application approval for the treatment of influenza.

"We are also addressing the opportunity to combine treatment with NT-300 and oseltamivir in an effort to further improve treatment outcomes and mitigate the risk of oseltamivir resistance," Rossignol said.

The study commenced in the US and will be continued in Australia and New Zealand in the southern hemisphere. It is expected to be completed during the 2013-2014 flu season in the northern hemisphere.

Upon the completion of the trial, the company anticipates seeking FDA marketing approval for NT-300, administered alone or in combination with oseltamivir, as a treatment of acute uncomplicated influenza.

The US Department of Health and Human Services, Office of the Assistant Secretary of Preparedness and Response and the Biomedical Advanced Research and Development Authority funded the study under a contract valued at up to $44m.