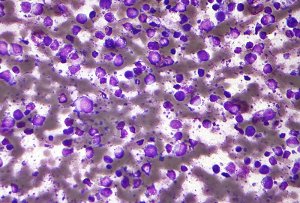 The study will randomise newly diagnosed Stage II to IV DLBCL patients with a complete response after the standard six courses of R-CHOP, between observation and Zevalin treatment.

"DLBCL consolidation therapy is a setting in which rituximab maintenance has failed to show benefit in two randomised clinical trials, whereas multiple Phase II studies have shown encouraging results for ZEVALIN consolidation in this setting," Shrotriya said.

The study follows a Phase II trial of Zevalin following R-CHOP treatment, which demonstrated a five-year OS rate of 84% and five-year PFS of 75% in 44 older patients (aged 62-86) with stage II-IV DLBCL.

The OS was improved about 15% over the patients with similar risk and treated with R-CHOP alone, according to the company.

Memorial Sloan-Kettering Cancer Center Lymphoma Service spokesperson and study lead investigator Dr Paul Hamlin said; "The very encouraging evidence from earlier Phase II studies of ZEVALIN in aggressive lymphomas, both in terms of safety and efficacy results, form the basis for the randomised study, and ZEVALIN has the potential to expand our arsenal against this terrible disease."