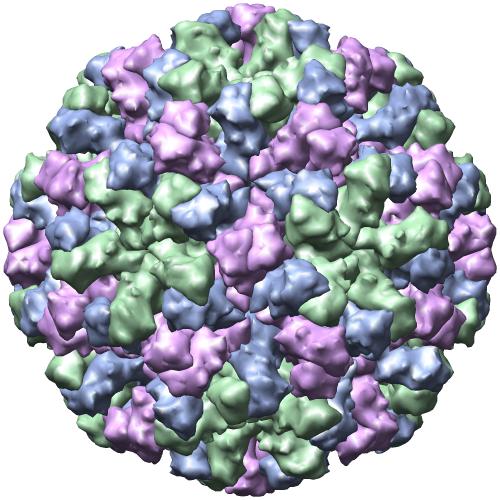 Takeda Pharmaceutical (Takeda) has reported that results from a Phase I/II clinical study of its intramuscular bivalent (GI/GII) norovirus vaccine candidate showed that the vaccination has resulted in a reduction of symptoms caused by experimental exposure to the most common strain of norovirus, genotype GII.4.

The Phase I/II clinical study showed that two doses of the experimental bivalent norovirus were well tolerated, and that the candidate vaccine had a clinically relevant impact on the incidence of norovirus illness after challenge and also the severity in breakthrough cases.

As well as the impact on clinical illness, a positive trend toward reduction in viral shedding in stool was also observed during the trial.

Information on optimisation of confirmatory lab testing for norovirus disease and infection in a future field trial was also gained from the study.

Takeda executive vice president Rajeev Venkayya said this is the first time that vaccination with a norovirus candidate vaccine has resulted in a reduction of symptoms caused by experimental exposure to the most common strain of norovirus, genotype GII.4.

"The research and development of innovative vaccines like our norovirus candidate reflect Takeda’s commitment to addressing the most important challenges in global public health," Venkayya said.

While the primary endpoint, the reduction of incidence of acute gastroenteritis of any severity and laboratory ascertainment for norovirus, was not met in the study, the total number of subjects with gastroenteritis symptoms was reduced in the vaccine group.

However, the secondary endpoint was met, with a 52% reduction against vomiting and/or diarrhea of any severity; 20% of people who received the vaccine compared with 41.7% of those who received placebo, p=0.028.

The trial also demonstrated reduction in mild, moderate or severe vomiting or diarrhea in vaccinated subjects, but these did not reach statistical significance; 6.0% compared with 18.8%, p=0.068.

According to the results, there were no cases of severe vomiting and/or diarrhoea in the vaccine group versus four in the placebo group following testing with the live norovirus.

"There is a critical unmet medical need for a vaccine to combat this significant global health issue, and this vaccine candidate has the potential to address that need."

The study’s lead investigator David Bernstein said norovirus causes around 90% of epidemic non-bacterial outbreaks of gastroenteritis around the world, leading to as many as 71,000 hospitalisations each year in the US alone.

"There is a critical unmet medical need for a vaccine to combat this significant global health issue, and this vaccine candidate has the potential to address that need," Bernstein said.

Noroviruses are highly infective and are easily transmitted from person-to-person or via contaminated environments. They can lead to severe clinical outcomes reported in older adults, children and immunocompromised individuals can often lead to substantial complications and ultimately death.

Previously, a vaccine formulated for nasal administration demonstrated a significant reduction in gastrointestinal illness in volunteers who were challenged with genotype I.1 norovirus in a challenge study.