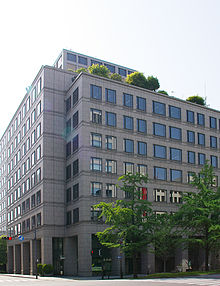 In the study, a genetic-based biomarker risk assignment algorithm to predict risk of mild cognitive impairment (MCI) due to Alzheimer’s disease (AD) within a five-year period will be assessed.

The investigational agent’s efficacy in delaying the onset of MCI due to AD in cognitively normal individuals at high risk as determined by the risk assignment algorithm will also be evaluated.

Apolipoprotein E (APOE) and TOMM40 genotypes and age are included in the risk assignment algorithm.

Zinfandel chief executive officer Dr Allen Roses said to date, there have been a number of avenues investigated with the goal of altering the course of Alzheimer’s disease but results have been unsuccessful.

"This is why the TOMMORROW trial is important. The potential to identify an individual’s risk for developing MCI due to AD warrants further investigation," Roses added.

Approximately 5,800 cognitively normal individuals aged 65-83 at 50 centres across the globe will be randomised into the multicentre, double-blind, placebo-controlled study.

"There have been a number of avenues investigated with the goal of altering the course of Alzheimer’s disease but results have been unsuccessful."

For AD-4833, the primary objective is to estimate the efficacy of AD-4833 against placebo in delaying the onset of MCI due to AD in cognitively normal individuals assessed as ‘high risk’ based on the risk assignment algorithm.

Takeda central nervous system development therapeutic area head Dr Stephen Brannan said: "AD-4833 is a member of a class of drugs known as PPAR (peroxisome proliferator-activated receptor)-gamma agonists, which available data show may have a beneficial role in delaying symptoms of MCI due to AD."