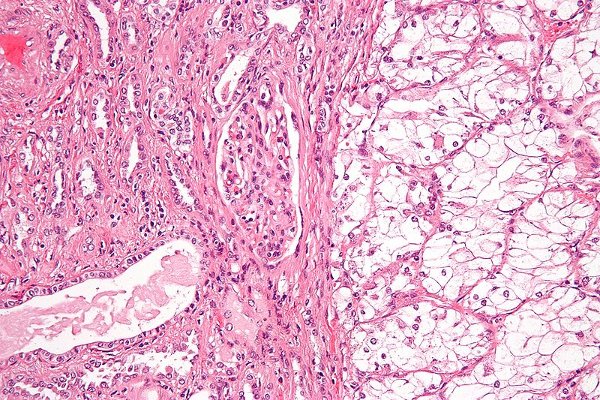 Aveo Oncology and Astellas Pharma have announced positive findings from the Tivozanib Versus Sorafenib in 1st line Advanced RCC (TIVO-1) study of its investigational agent tivozanib.

TIVO-1 is a global randomised Phase 3 superiority clinical trial conducted in 517 patients with advanced renal cell carcinoma (RCC) to investigate the efficacy and safety of tivozanib compared to sorafenib.

In the overall study population, tivozanib demonstrated improvement in progression-free survival (PFS) with a median PFS of 11.9 months, compared to a median PFS of 9.1 months for sorafenib, based on independent radiological reviews.

Patients who were treatment naïve for advanced RCC reported improvement in PFS with a median PFS of 12.7 months with tivozanib, compared to a median PFS of 9.1 months for sorafenib.

"Patients in the study who had no prior treatment for advanced kidney cancer and who were given tivozanib met the primary PFS endpoint and tolerated the drug well," Motzer added.

"These data further support Astellas’ goal of leadership in oncology and our commitment to developing a world-class oncology platform based on innovative, research-driven solutions and dynamic partnerships," Ryder added.

The data also showed that the objective response rate (ORR) for tivozanib was 33% versus 23% for sorafenib, demonstrating a consistent efficacy across subgroups in the Phase 3 study.

Image: Micrograph of the most common type of renal cell carcinoma on right of the image and non-tumour kidney is on the left of the image. Photo courtesy of: Nephron.