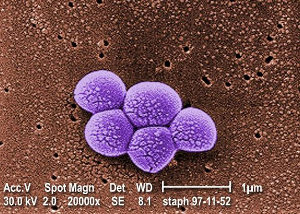 Trius Therapeutics’ tedizolid phosphate (TR-701) has met all primary and secondary efficacy outcomes designated by the FDA and EMA in a Phase III study conducted in patients with severe skin infections.

The study, ESTABLISH 2, was designed to assess tedizolid for the treatment of acute bacterial skin and skin structure infections (ABSSSI), including methicillin-resistant Staphylococcus aureus (MRSA).

Trius president and chief executive officer Dr Jeffrey Stein said; "We are committed to responding to the needs of patients and physicians worldwide for new and effective antibiotics. Looking ahead, we intend to file our NDA for tedizolid as well as initiate a Phase III study of tedizolid in patients with severe pneumonia during the second half of this year."

The intravenous (IV) to oral transition study was conducted at 95 sites in North and South America, Europe, Australia, New Zealand and South Africa.

The double-blind, placebo-controlled study enrolled 666 patients with ABSSSI, who were administered with either 200mg of tedizolid once a day for six days of treatment in addition to four days of placebo, or 600mg of linezolid (Zyvox) twice a day for 10 days of treatment.

Initially patients were administered with the IV dosage form of either tedizolid or linezolid.

On or after the second day of treatment there was an option to change to the respective oral dosage forms, at the discretion of the clinical investigator.

The study achieved its primary endpoint of non-inferiority (10% NI margin) to linezolid as measured by a 20% or greater reduction in lesion area at 48 to 72 hours after the first infusion of the study drug.

All secondary efficacy endpoints measured at both the end of therapy and at post-treatment evaluations were also met.

Both tedizolid and linezolid were generally well-tolerated.