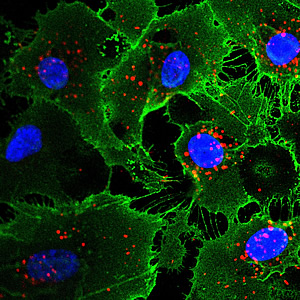 The Salk Institute for Biological Studies in the US has developed a new laboratory-based method for increased production of mature cell-derived stem cells, which are used for regenerative medicine therapies.

The new technique not only enables unlimited stem cell and derivative production, but significantly reduces production time from around two months to 15 days.

Salk Institute postdoctoral researcher and one of the first authors of the paper, Ignacio Sancho-Martinez, said; "One of the barriers that needs to be overcome before stem cell therapies can be widely adopted is the difficulty of producing enough cells quickly enough for acute clinical application."

Embryonic stem cells derived from blastocysts are associated with ethical controversies and may trigger immune reactions when transplanted into patients.

iPSCs have a long laboratory production time as the somatic cells must first be reprogrammed to iPSCs and then be differentiated into a specific cell lineage before therapeutic application.

"The new technique not only enables unlimited stem cell and derivative production, but significantly reduces production time from around two months to 15 days."

iPSCs can even occasionally develop tumours, known as teratomas.

A technique of direct lineage conversion eliminates the potential problems associated with iPSCs, which includes conversion of one somatic cell into just one other cell type.

ILC can produce multiple lineages once cells are introduced to the specially developed chemical environment.

The ILC technique saves time while reducing the risk of teratomas by avoiding iPSC generation.

Image: Endothelial cells derived by indirect lineage conversion from human fibroblasts (skin cells). Cell nuclei are in blue, proteins that are hallmarks of endothelial cells are green and red. Photo: Courtesy of the Salk Institute for Biological Studies.