A recent review of the NIH registry listed approximately 54,000 clinical studies either posted as ‘recruiting’ or ‘not yet recruiting.’ Of these studies, there were 12,254 oncology studies. More alarming, among the 12,254 studies, there were 20 interventional studies listed for Merkel cell carcinoma, which is a rare form of skin cancer with an annual U.S. incidence rate of 0.6 in 100,000 growing at a rate of 1,600 new cases per year. (1)

Given the fierce competition for enrollment, sponsors often employ an expansion strategy exploring more sites and countries seeking less competition for enrollment. For example, recent studies performed in blood stream fungal infections experienced enrollment rates between one to two-tenths of a subject per site per month or approximately two subjects enrolled per year. (2)  Given the low expected enrollment rate, some sponsors have opened 50 sites to enroll 90 subjects across seven countries, and 30 sites in five countries to enroll 27 subjects. (3-4) To find these sites, companies are venturing into less experienced and/or less developed or emerging countries, such as Georgia, Guatemala, El Salvador, and Honduras.

Additionally, all one has to do is scan the news on any given day to be faced with headlines covering natural disasters, such as floods in Germany, earthquakes in Italy, and hurricanes in the Caribbean. And then there are geopolitical headlines, such as escalating political tensions in the U.S., North Korea, China, and Israel. There’s governmental instability in Venezuela, Pakistan, and Kenya; seismic political shifts such as the withdrawal of Great Britain from the EU. And what of aggressive military actions which shift country borders (e.g. Ukraine, Georgia), or the rise in terrorism in countries once taken for granted as being safe (e.g. France, Belgium, and the U.S.)? Lastly, consider the mass migration of refugees across the globe.

Then there are the unexpected reorganization and procedural changes that occur within a country’s regulatory body. The reorganization of the Argentinian regulatory authority (ANMAT) in the mid/late 2000s caused local and international confusion, resulting in delayed study approvals for several months as the submission processes were being defined. 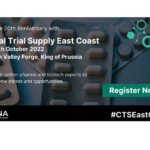 Comment
Back to the future: the evolution of clinical conference topics in the past decade 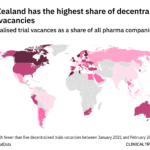 However, monitoring developments within specific countries has become more rigorous. Long gone are the days that I can comfortably scan headlines on mainstream media websites and feel confident I have a grasp on global developments. This is largely given the inconsistency of timely reporting about the topics that affect health care, government, or clinical research and the notion of “alternative facts.”

For more up to date information, I find we are monitoring daily over 20 local and international news feeds, including social media sites, such as Twitter® to feel confident in the timeliness of reporting. For credibility, the reported developments should be supported at least within one other independent news source. At times, it is difficult from afar to sort through the numerous and conflicting accounts of events to gain insight. But often, I have been able to glean enough information to inquire with the local monitors for confirmation.

The Mysterious Case of the Fraudulent PI

For example, while preparing the clinical study report for a 600-subject international study in a community that acquired bacterial pneumonia, I read a headline in one of several local news feeds about a physician who had been accused of financial fraud. Knowing we had several clinical sites in that country, I followed the link to read the article and was shocked to find that one of our principal investigators (PIs) had been involved. I immediately began to seek independent support. After finding at least one other supporting local source, I contacted our CRO in the country and asked for confirmation.

At that time, our CRO had already completed their close out visit and was unaware of the accusations. Immediately the CRO unsuccessfully attempted to contact the PI in question only to confirm what had been written – he had been transferred to another hospital. When they were finally able to contact the PI at the new institution, the PI confirmed he had been transferred and that the study files were still at the former institution. When seeking access to the files, the CRO was told they would have to ask permission from the hospital administrator.

After several weeks of communication with the hospital, the administrator relayed they had recent video of someone breaking into the research office and taking carts of binders out of the institution, which may have been study files. The hospital confirmed the study office was now empty and the local police had been called in to investigate the burglary. We immediately notified the health authority within the country and the U.S. Food and Drug Administration (FDA) of the situation. We then performed sensitivity analyses with the data from the specific site, and summarized the details as we understood them in the NDA and MAA.

Having ‘Boots on the Ground’ to Avert a Crisis

It is often the case that the local monitor or ‘boots on the ground’ staff are the frontline and will be aware of situations well before the main stream media become aware. For example, in June 2007 we were in the middle of an infectious disease study with several Russian clinical sites when the Russian government declared an embargo on blood samples leaving the country. All shipments of biological samples out of Russia were halted. The impact upon our study was immediate as we were utilizing a central clinical laboratory for clinical safety and pharmacokinetic sample banking.

The local monitors immediately notified us the day of the edict and we began set into action the use of an in-country clinical safety laboratory. As a potential mitigation strategy given the challenging nature of biological sample shipments, the CRO had already preidentified and prequalified a potential laboratory within Russia. This allowed us to seamlessly transition and begin using a clinical laboratory just as mainstream western news sources began their reporting.

In another situation, it was the local staff who went above and beyond to ensure the safety of one of our staff. In 2007, we had selected several sites in Serbia to participate in a study and sent a person to Pristina to visit these sites. During their visit, Kosovo declared independence from Serbia. When the declaration was made public, widespread fighting erupted throughout the city with gunfire being heard from outside the hotel during frantic calls with us.

The head of corporate security and I had several prior conversations discussing risks in the various countries in our studies and had developed a go-to list of resources should they be needed. When contacted, they immediately began mobilizing to secure the safety of our person. As preparations were being made, there was an opportunity which allowed the local monitor to quickly and covertly escort our person out of the city center and secured them on an outbound flight. Crisis averted.

No matter how much planning, there will always be the unforeseen events which strike quickly, such as Russia seizing control of portions of Georgia in August 2008. While one cannot plan for all potential situations, it is critical with international studies to monitor local developments, have confidence in the local monitors, and develop mitigation risk-based strategies for likely natural disasters or geopolitical events. Such that when a significant event occurs, you are prepared. As Seneca, a Roman stoic philosopher stated, “Luck is what happens when preparation meets opportunity.”