Deciding when to deploy boosters for Moderna’s and Pfizer/BioNTech’s Covid-19 messenger RNA (mRNA) vaccines will not rely on a single trigger, experts agreed. It will not be based on waning immunogenicity or protection data alone, but also on global supply and incidence of infections caused by variants of concern (VOCs), they added.

Given the background of high inflation, re-emerging supply chain issues, and the widespread macro-economic implications of the Ukraine conflict, the global pharmaceutical industry is facing an entirely new set of challenges following the turbulence of the COVID-19 pandemic. GlobalData’s World Markets Healthcare (WMH) service has released its latest Q2 forecast. This report incorporates the latest thinking on the opportunities and risks this new environment presents for pharma companies. However, the pharma sector is proving resilient, and we are projecting 4.4% global growth for the year ahead. Yet it remains that the current economic picture is inverting some baseline assumptions from previous quarterly forecasts and altering which markets we expect the key growth levers to derive from. Download our latest executive summary for a snapshot view of what our clients use to formulate winning strategies.
By GlobalData 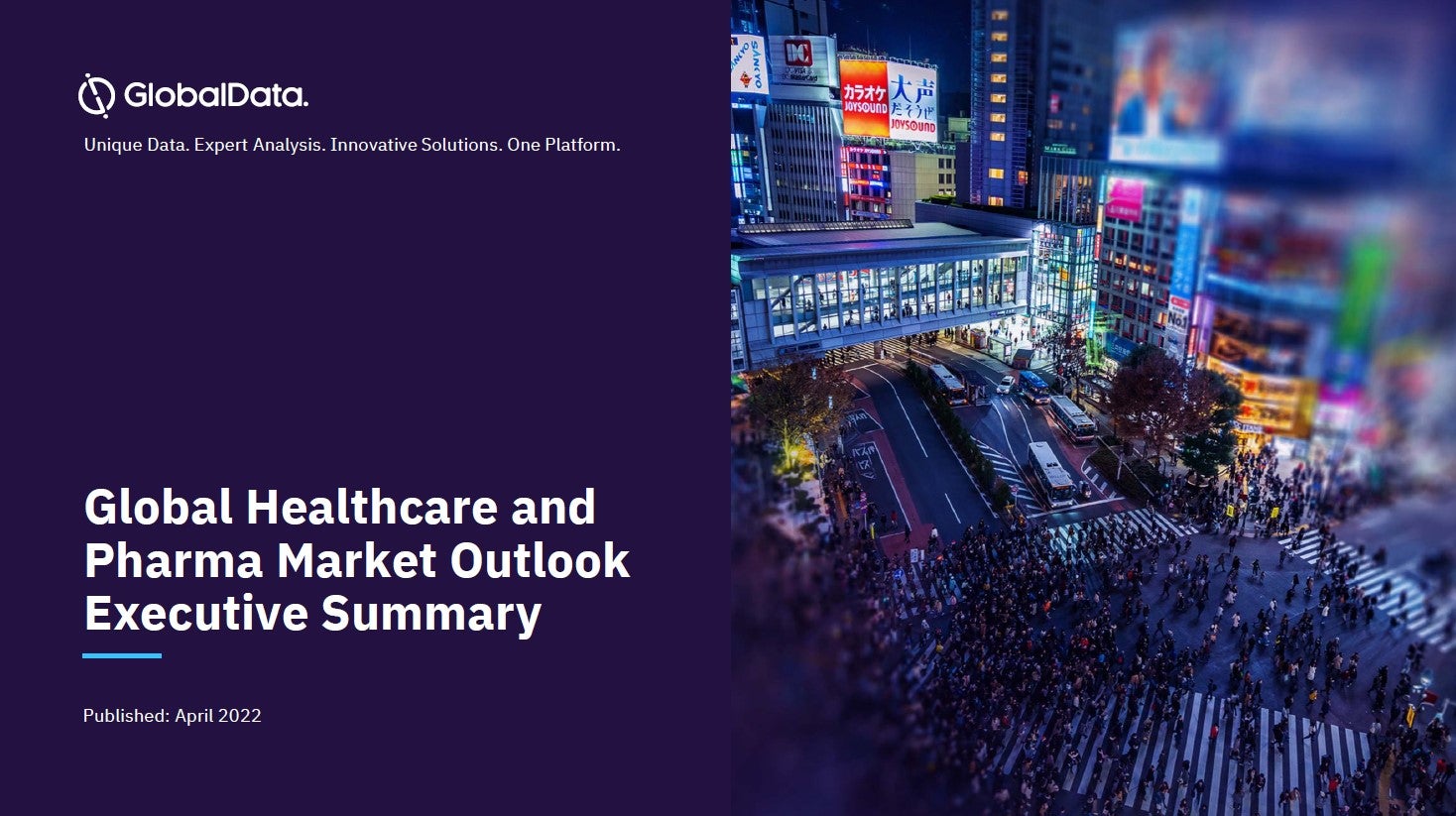 Despite Pfizer and BioNTech touting the need for a Covid-19 vaccine booster within 12 months from initial Comirnaty (BNT162b2) vaccination, this is unlikely due to high protection reported at six months and robust immunogenicity despite VOCs, this news service reported on 3 May. This forecast is also relevant to Moderna’s mRNA-1273, with both double-dose vaccines sharing the same vaccine technology and thus far having comparable efficacy trajectories, experts added. The third FDA-authorised vaccine is Johnson & Johnson’s single-dose JNJ-78436735.

The clearest trigger for deploying boosters for Comirnaty and mRNA-1273 would be an increase of hospitalisations among fully vaccinated individuals, experts said. However, boosters may need to be used even if there is only an increase in milder forms of disease, as this is a major impediment to a functioning society, some experts noted. Others said earlier booster distribution would guarantee maintained protection in people at risk of waning immunogenicity, and even possibly prevent new VOCs from gaining traction.

However, there are risks to leveraging boosters prematurely, experts noted. There are still many countries lagging in their vaccination targets, and supply should be directed to those regions, some experts said. Others noted VOC monitoring in the US is inconsistent for VOC-driven Covid-19 infection increases to be used as a guide for earlier booster deployment. Broad booster use would also limit real-world information on the durability of the first two doses of the vaccine, they added.

Using VOC-specific mRNA vaccines would also reduce the number of vaccines being produced targeting the original SARS-CoV-2, which other parts of the world still need, experts said. Both Pfizer/BioNTech and Moderna have booster studies investigating different booster strategies—either reusing the original vaccine or using a modified version tailored to VOCs. Moderna may have the upper hand because it is also investigating a multivariant version, although this may not be a long-term advantage, as manufacturing such vaccines are straightforward, some experts noted.

Moderna is also evaluating 50µg doses of either mRNA-1273 or a VOC-specific version as boosters, and yesterday (5 May) the company released initial positive data for these strategies from its Phase IIa booster trial. Two-dose mRNA-1273 is authorised at 100µg each, and while the second dose of mRNA vaccines are more reactogenic than the first, a third dose is unlikely to have the same severe side effects, some experts said.

A Pfizer spokesperson said it cannot speculate until the Phase I/II/III Comirnaty trial, which has been amended to investigate boosters, has results. Moderna did not respond to a comment request, and besides the aforementioned Phase IIa, the National Institutes of Health’s (NIH’s) National Institute of Allergy and Infectious Diseases (NIAID) is running a Phase I trial. Moderna’s market cap is $65.3bn, while Pfizer’s is $218.61bn and BioNTech’s is $43.86bn.

Booster decisions will not depend solely on immunogenicity data

To decide when boosters should be deployed, an increase in infections among vaccinated individuals has more weight compared to serologic assays showing decreased immunogenicity, said Richard Webby, PhD, director, World Health Organisation (WHO) Collaborating Centre for Studies on the Ecology of Influenza in Animals and Birds, Memphis, Tennessee. Vaccine-induced antibodies can decay within six to eight months, but other parts of the adaptive immune response rejuvenate antibody levels during an infection, explained Ciro Leonardo Pierri, PhD, spike protein researcher, Department of Biosciences, Biotechnologies and Biopharmaceutics, University of Bari, Italy. T-cell activation is also key, but collecting such data is even more challenging than measuring antibodies, including assessing the T-cell location, which is critical, Webby added. Furthermore, correlating antibody and T-cell levels to protection outcomes is still unclear, underscoring the focus on infection rates as opposed to immunogenicity.

A straightforward way to pinpoint when boosters should be deployed is when there is a spike in hospitalisations among vaccinated people, noted Dr Douglas Diekema, director, Treuman Katz Centre for Paediatric Bioethics, and attending physician, Seattle Children’s Hospital, Washington. While Phase III Comirnaty investigator Dr Stephen Thomas, chief, Infectious Disease Division, Upstate Medical University, Syracuse, New York agreed, he added boosters may need to be deployed even before hospitalisations increase. Boosters could start to be used if there is a noticeable rise in mild cases beyond the expected level of breakthrough disease, as mild Covid-19 also has a significant economic burden at high numbers, he noted.

However, deployment of boosters to manage mild disease would depend on supply, as available doses will likely be prioritised for countries with a significant portion of their population unvaccinated, Webby said. The US and the UK are leading other countries in terms of the proportion of people who have at least one dose of Covid-19 vaccine.

Another argument for earlier booster use is to decrease the likelihood of excess breakthrough disease, as these set the stage for new VOCs to materialise, noted Dr Mark Rupp, chief, Division of Infectious Diseases, University of Nebraska Medical Centre, Omaha. While authorised vaccines are efficacious against existing VOCs, there may be a need to restore efficacy back to the highest level possible to mitigate future VOCs, said Mark Jit, PhD, professor, vaccine epidemiology, London School of Hygiene and Tropical Medicine, UK.

VOC data collection in the US varies between states, Rupp and Webby said. However, deep VOC surveillance may not be needed to make booster-related policy decisions, Webby noted. There is an increasing trend of VOC-caused infections among vaccinated people, he said, noting small pockets of VOC-related infections are unlikely to instigate sweeping policy decisions for boosters.

Nonetheless, more detailed VOC data would help inform how variants overtake each other in the community, noted Andrew Ward, PhD, professor, Department of Integrative Structural and Computational Biology, Scripps Research, La Jolla, California. In the US, the Centres for Disease Control and Prevention defines VOCs as variants with evidence of a negative impact on vaccine efficacy. Variants of interest are those with genetic markers linked to diminished vaccine efficacy, while variants of high consequence are variants with clear evidence of compromised vaccine effectiveness.

With Pfizer/BioNTech and Moderna investigating various booster strategies, deciding which version to deploy will also be multifactorial, experts said. Pfizer/BioNTech has two booster strategies—a third Comirnaty dose or its BNT162b2SA shot, which is directed to B.1.351, the VOC first detected in South Africa. The NIAID is studying Moderna’s B.1.351-specific mRNA-1273.351 in vaccine-naïve people or as a booster. Moderna is running its own trial of mRNA-1273 as a booster, as well as mRNA-1273.351 and mRNA-1273.211, a multivalent vaccine containing antigens for the original SARS-CoV-2 and the B.1.351 variant.

A significant factor in finding the right approach would be based on knowing which variant is predominant, experts said. VOC-specific vaccines present a choice, as it would consume resources to make the original version of the vaccine, which will still be in demand, noted Webby and Zoltán Kis, PhD, research associate, Future Vaccine Manufacturing Hub, Imperial College London, UK. Switching the antigen in mRNA vaccines from the original to a VOC is not a complicated process, and would only take two to three weeks, Kis explained. However, production facilities and experts who can manufacture mRNA vaccines are limited, he noted. Still, vaccines aiming to address the most recent variant may also protect against historical variants, this news service reported on 3 May.

Multivariant vaccines would be ideal, so policymakers do not have to decide between the original and a VOC-specific vaccine, experts agreed. However, this may not be a long-term advantage for Moderna, as multivariant vaccines are straightforward to make, Kis added. On 5 May, Moderna announced the 50µg booster dose of mRNA-1273 and mRNA-1273.351 increased neutralising antibody titer responses against the original SARS-CoV-2, B.1.351 and P.1, the VOC first identified in Brazil.

In the US, people who have a severe or immediate allergic reaction after the first dose should not get the second dose. Reports show the second dose’s side-effect profile is more severe than the first, raising questions if a third dose would have the same severity. Still, the second jab fills a significant immunological memory gap, which is the main cause of reactogenicity, and it is doubtful whether a third full dose would trigger the same side-effect magnitude, Thomas said.

Given the background of high inflation, re-emerging supply chain issues, and the widespread macro-economic implications of the Ukraine conflict, the global pharmaceutical industry is facing an entirely new set of challenges following the turbulence of the COVID-19 pandemic. GlobalData’s World Markets Healthcare (WMH) service has released its latest Q2 forecast. This report incorporates the latest thinking on the opportunities and risks this new environment presents for pharma companies. However, the pharma sector is proving resilient, and we are projecting 4.4% global growth for the year ahead. Yet it remains that the current economic picture is inverting some baseline assumptions from previous quarterly forecasts and altering which markets we expect the key growth levers to derive from. Download our latest executive summary for a snapshot view of what our clients use to formulate winning strategies.
By GlobalData