From 2023, Covid-19 vaccine manufacturers are likely to have to navigate each European Union (EU) member state’s traditional reimbursement framework, pricing and reimbursement experts said. By this time, Pfizer  and BioNTech  should have completed their major deal with the European Commission (EC) worth 1.8 billion Comirnaty (BNT162b2) doses, they explained. Manufacturers may offer discounts of as much as 30–40% due to increased competition and possibly higher supply than demand for boosters, they added.

But it is also possible that the switch could happen earlier than 2023 depending on how soon the Comirnaty deal is fulfilled, some said. Others noted that if the World Health Organisation (WHO) has not downgraded Covid-19’s pandemic status in 2023, then the EC could stay on as the primary payer.

Over the next two years, Moderna  and Johnson & Johnson  will at best secure only a small part of EU market given the Comirnaty mega deal, this news service reported 14 May. AstraZeneca may not be able to lock in any more orders up to 2023. CureVac and Sanofi  /GlaxoSmithKline , with existing preorders for their respective yet-to-be authorised vaccines, will likely be added competition come 2023. 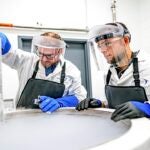 Comment
Carvykti (ciltacabtagene autoleucel) for the Treatment of Multiple Myeloma 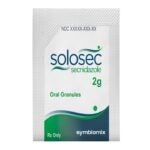 Comment
Solosec (secnidazole) for the Treatment of Bacterial Vaginosis and Trichomoniasis

For any of these vaccine manufacturers to secure the best price, it will come down to superior efficacy and safety data, experts said. AstraZeneca’s Vaxzevria (AZD1222), developed by the University of Oxford, is trailing other authorised vaccines in this regard, which means its best bet for market traction from 2023 is in the UK or more budget-conscious EU member states, they added.

A Johnson & Johnson (J&J) spokesperson said it is committed to continuing its collaborations and partnerships with governments including the EC, health authorities and other companies to help end the pandemic. The other companies did not respond to a comment request.

Once Pfizer and BioNTech complete their Comirnaty contract in 2023, Covid-19 vaccine purchasing is likely to pivot to EU member states negotiating independently with manufacturers, said Kuldeep Singh, global head, market access operations, Market Access Transformation , London, UK. On 8 May, EC President Ursula von der Leyen announced that it had secured a deal with Pfizer /BioNTech for 900 million doses of Comirnaty with an option for an additional 900 million doses up until 2023. This deal is intended to cover adults, adolescents and children, either as the first two doses or as boosters.

If boosters are used sooner than expected and thus the existing Pfizer /BioNTech contract is completed earlier, it is possible that the switch away from EC purchasing could happen prior to 2023, said Andrew Mumford, managing director, Initiate, Northampton, UK. But boosters do not seem to have the same level of urgency compared with the first round of vaccinations, noted Stefan Walzer, CEO, MArS Market Access & Pricing Strategy, Baden-Württemberg, Germany. Booster decisions will depend not only on waning immunogenicity and protection data but also global supply and prevalence of variants of concern (VOCs), this news service reported on 10 May.

Further orders from 2023 may focus on high-risk groups such as older people, added Neil Grubert, independent global market access consultant, London, UK. The next two to three years will likely be enough for member states to understand what Covid-19 vaccine coverage they need for their citizens, Singh noted. EU’s vaccination campaign is trailing the US, where talk of boosters is noticeably more heighted. As of 17 May, 13.19% of people in the EU were fully vaccinated, compared with the US’ 37.03%, according to Our World in Data .

Perhaps the move to member states will happen when the WHO officially declares the pandemic is over, and it is possible the pandemic would go into 2023, in which case the EU could remain as the primary payer, noted Rafael de Wilde, senior executive advisor, Valid Insight , Antwerp, Belgium. But there are unanswered questions as to how sustainable the current purchasing model is, especially if there is a need for periodic boosters, noted Caroline Conti, principal, Executive Insight , London, UK. This is uncharted territory for the EC in terms of bulk purchasing at this scale, added Peter Hertzman, principal consultant, Health Access Agency, Zurich, Switzerland.

Once negotiations happen at a country level, there would be plenty of downward pricing pressure, and manufacturers may offer discounts of as much as 30–40%, Singh and Walzer agreed. The Covid-19 vaccine market would be crowded in 2023, Singh noted. It is also likely there would be a vaccine surplus and vaccines have expiry dates, he added.

In fact, with notable potential discounts to be had, the pivot to country-specific contracts could happen sooner rather than later, Mumford noted. In France and Germany, pricing negotiations would likely happen at a national level, Conti said. In France, there would be a centralised procurement approach via the Transparency Committee and Comité économique des produits de santé negotiating for a price, Singh added.

As for Spain, there would be a tendering approach at a centralised level, Singh said. In Italy, every region would likely engage with manufacturers and seek even more discounts, he added. In recent years, smaller countries have banded together to increase their purchasing power for therapeutics but have had limited success, Grubert noted.

It is doubtful for a single vaccine manufacturer to be the only provider for a country because redundancy is needed in the event of manufacturing shortfalls, among other reasons, Walzer noted. AstraZeneca is embroiled in a legal battle with the EU due to the former not meeting delivery deadlines. In France and Germany, as seen in HPV and influenza, vaccinators would likely have the freedom to pick an authorised vaccine they prefer, Conti said.

For manufacturers to secure the best price, it will come down to demonstrating superior efficacy and safety over competitors, de Wilde and Singh said. In this pricing environment, if current data stands, mRNA vaccines like Comirnaty and Moderna ’s mRNA-1273 are likely to have a notably higher price than adenovirus-vectored vaccines such as Vaxzevria, Singh added. While a manufacturer could argue its technology has less rigorous transport or storage requirements than mRNA vaccines, it is not impossible to overcome these challenges and so is a doubtful differentiator, de Wilde noted.

While adenovirus-vectored vaccines may not command as high a price as mRNA vaccines, they could still carve out a market in the EU, Singh said. Eastern European countries that are budget conscious may find this technology attractive at a lower price, he explained. There is still substantial revenue to be had even with a low price given the potential for a high volume, Walzer noted.

Still, the public will have long-term memory of the pandemic and will push their governments to purchase vaccines with the best overall profile, Mumford noted. The public is highly aware of authorised adenovirus-vectored vaccines’ rare but potentially serious side effect of thrombosis with thrombocytopenia syndrome. J&J’s single-dose JNJ-78436735 is more attractive than Oxford/AstraZeneca’s two-dose Vaxzevria.

With Vaxzevria likely squeezed out of the EU before and after 2023, its best bet for further orders would be from the UK, de Wilde said. But the UK already has a surplus with preorders of 457 million doses from various manufacturers of authorised and yet-to-be authorised vaccines, according to GlobalData. The UK has a total population of 66.5 million people. Although, Conti noted, Scotland can make vaccine decisions independent of England.

When Covid-19 vaccine orders switch to traditional purchasing frameworks in the UK, manufacturers would have to bargain with the National Health Service or Department of Health , Singh said. And even then, general practices will likely ask for additional discounts, he added.

Considering AstraZeneca has a significant uphill climb, it is possible that it will offload Vaxzevria from its portfolio, Hertzman said, adding the company is not typically in the vaccines space. The US is a potential major market for Vaxzevria though it has yet to be authorised there. A version of Vaxzevria is produced by Pune, India-based Serum Institute of India, the largest vaccine manufacturer in the world, and its Covishield (SII-ChAdOx1 nCoV-19) is intended to cater to middle- and low-income countries.

Given the background of high inflation, re-emerging supply chain issues, and the widespread macro-economic implications of the Ukraine conflict, the global pharmaceutical industry is facing an entirely new set of challenges following the turbulence of the COVID-19 pandemic. GlobalData’s World Markets Healthcare (WMH) service has released its latest Q2 forecast. This report incorporates the latest thinking on the opportunities and risks this new environment presents for pharma companies. However, the pharma sector is proving resilient, and we are projecting 4.4% global growth for the year ahead. Yet it remains that the current economic picture is inverting some baseline assumptions from previous quarterly forecasts and altering which markets we expect the key growth levers to derive from. Download our latest executive summary for a snapshot view of what our clients use to formulate winning strategies.
by GlobalData
Thank you.Please check your email to download the Report.
SUBSCRIBED