Glaucoma is one of the leading causes of blindness in the US, especially in elderly people. It is a common, asymptomatic group of eye diseases that causes damage to the eye’s optic nerve, resulting in progressive, irreversible vision loss. As the disease is asymptomatic in the earlier stages and progresses slowly, most cases of the condition go undiagnosed. The burden of glaucoma is expected to increase in the near future due to the growing ageing population, especially if the diagnosis rate continues to remain low.

According to a February 2016 study conducted by Gupta and colleagues and published in the Investigative Ophthalmology and Visual Science journal, around 43.7% of cases in the survey had a previous physician diagnosis of glaucoma. The study used data from the 2005–08 National Health and Nutrition Examination Survey, a nationally representative survey of the US population. The burden of undiagnosed and untreated cases was also shared unevenly in the US population. Undiagnosed glaucoma cases were higher in African Americans compared to the White population, while undiagnosed and untreated cases were also higher in the lower socioeconomic group. In addition, comorbid conditions such as diabetes and high blood pressure were found to be major factors that increased the risk and complications of glaucoma. In the US, diabetes and high blood pressure are widely prevalent and predicted to rise further in the next few years. As such, GlobalData epidemiologists believe that the number of glaucoma cases will continue to rise, and the share of undiagnosed cases is unlikely to decrease in the near future.

Glaucoma is a debilitating condition in terms of quality-of-life impact and both progressive and irreversible deterioration in vision. When diagnosed early, however, the condition is manageable and prevents further deterioration of vision. Regular screening is needed, especially in adults aged 40 years and older, to detect the signs of glaucoma earlier. Tailoring the public health policy for early diagnosis and treatment to the high-risk population will help lessen the burden of this condition. 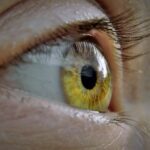