A longer primary endpoint timeline in Rigel Pharmaceuticals’ Phase III study of Tavalisse (fostamatinib) in warm autoimmune haemolytic anaemia (wAIHA) would have been beneficial to determine its clinical utility, experts said. A longer study timeframe would have allowed them to better assess the agent’s durability and its long-term impact on symptoms, they noted, despite high expectations for a solid Phase III trial and ultimate FDA approval.

The Phase III primary endpoint of durable haemoglobin response over 24 weeks is well-chosen but the study could have aimed for up to 52 weeks, experts said. This would have allowed for greater patient independence and the best determination of patient benefit in real-world use. In addition, transfusion-free independence is a missing endpoint that is important for patients’ QoLs, added one expert. It would also be helpful to know more about predictors of response to understand the patient groups most suited to the therapy, some added.

Still, the trial is expected to have at least 48% of patients demonstrate a durable haemoglobin response, and the drug is expected to attain FDA approval, experts said. The strong Phase II data supports that, as does an unmet medical need. There is currently no FDA-approved therapy for wAIHA and no other products in Phase III clinical trials, according to two analyst reports and Rigel’s January corporate presentation.

The trial’s inclusion criteria indicate the Phase III population is in patients who have failed or not tolerated at least one prior wAIHA treatment regimen, including steroids and Roche and Biogen’s Rituxan (rituximab). The former is generally considered a first-line treatment while the second is considered a second-line (2L) option. However, Tavalisse would be unlikely to be used after steroid failure and before Rituxan, experts said. Rituxan has long-established efficacy and physician familiarity. That said, in the third-line (3L) area setting, the oral agent would represent a new treatment for patients who have not responded well to previous therapy Rituxan or decline a splenectomy, said experts. 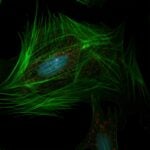 A Rigel spokesperson told this news service it anticipates the Phase III trial, if positive, will support its regulatory filings. Rigel has a market cap of $ 715m as of 16 March. Annual sales of Tavalisse, which is also being examined as a treatment for Covid-19 in a Phase III trial, rose by 41% compared to 2019, as per a 11 January press release. Tavalisse is a tyrosine protein kinase SYK inhibitor approved since 2018 for the treatment of chronic immune thrombocytopenia (ITP).

In terms of the primary endpoint, a 52-week timeframe versus 24 weeks would have been preferred to understand long-term Tavalisse efficacy and safety implications in wAIHA, said Phase III investigator Dr Catherine Broome, clinician, MedStar Georgetown University Hospital, Washington. As a maintenance treatment, Tavalisse’s long-term efficacy and safety profile would only be truly understood at 52 weeks, said Phase III investigator Dr Frederick Chen, consultant haematologist, Queen Elizabeth Hospital Birmingham, UK. While 24 weeks is sufficient proof of principle in a clinical trial, a response of 52 weeks is desirable in order to assess relapse rates and safety over longer time frames, he added. Rigel reached an agreement with the FDA on the primary endpoint, according to a 2 March media release.

Most experts said having at least 48% of patients maintain a durable haemoglobin response rate would be positive for the trial. This would deliver substantive QoL improvement to patients, they added. That figure would at least beat the Phase II SOAR results, they said. In the open-label SOAR study, 9 out of 21 (43%) patients achieved the primary endpoint of haemoglobin levels greater than 10g/dL and 2g/dL higher than the baseline at week 24, with one late responder at week 30 (48%), according to a 31 August 2019 media release. A response rate of 48% would be positive for the therapy, but not practice-changing, said Phase III investigator Dr Wilma Barcellini, professor, Haematology of Anaemias Unit, Milan, Italy. Durable haemoglobin response is defined as a haemoglobin level greater than 10g/dL with an increase of 2g/dL over baseline.

Although symptom improvement can occur below 10g/dL in some cases, patients still suffer from problems with breathing, fatigue, weakness and dizziness, said Broome. A treatment that does not raise haemoglobin levels above the 10g/dL level is not ideal and would not have a major impact on patients’ QoL, she added. In May 2016, this news service reported that an increase in haemoglobin levels by 2g/dL could mitigate two units of blood transfusion for wAIHA patients. Transfusion independence is key for patients and should be an endpoint, but this would likely occur above 10g/dL anyway, so the primary endpoint was adequate, said Phase III investigator Dr Farooq Wandroo, consultant haematologist, University of Birmingham Hospital, UK.

In the SOAR trial, more than a quarter of patients experienced serious adverse events (SAE), such as, but not limited to, anaemia, acute myocardial infarction, pneumonia, rhabdomyolysis and sepsis, according to a 13 November 2020 paper (Blood 2019;134) presented at the American Society of Haematology (ASH) annual conference. Such SAEs are not a surprise given the patients were immunocompromised, said Broome. Tavalisse is associated with troubling side effects including diarrhoea, neutropenia and hypertension but for the most part, these side effects are manageable, said Dr Donald Arnold, professor, Medicine, Haematology and Thromboembolism, McMaster University, Hamilton, Canada. The trade-off will have to be evaluated by patients and their physicians when deciding on this treatment, he added.

In terms of approval, it would bode well if 48% of patients reached the primary endpoint in an indication without an authorised therapy, said Broome and Phase III investigator Dr Marc Michel, professor, University Paris-Est Créteil, France. There is a real need for a drug in patients who have failed Rituxan and cannot or decline to have a splenectomy, said Barcellini. Tavalisse’s 2018 FDA approval in ITP, another rare, autoimmune disease, is a good precedent for its approval prospects in wAIHA, added Wandroo. Having SAEs unrelated to the treatment and manageable would also improve approval prospects, Broome and Michel said.

Not a challenge to Rituxan in 2L

First-line therapy for wAIHA is steroids such as prednisone or methylprednisolone administered over three to four weeks, which have a high response rate with around 70% of patients achieving haemoglobin levels above 10g/dL, said Barcellini. After this, treatment tapers to reduce the incidence of AEs and around half of patients relapse, she explained. The choice is then between Rituxan or a splenectomy, she added.

Tavalisse would likely fit in when patients fail Rituxan in the 2L, said Barcellini and Michel. Rituxan is hard to unseat because clinicians have extensive experience with it and it has a very good response rate in patients, Broome noted, adding she is unsure about the label the FDA might grant. A meta-analysis of 37 academic papers found that Rituxan has a mean overall response rate of 79% (CI of 95%) in wAIHA and a complete response rate of 49% (CI of 95%) (Chao, SH, et al. Exp Hematol Oncol 9, 6 (2020)). Improvements can last several years, said Barcellini, adding Tavalisse would not be able to compete in the 2L treatment setting. While a splenectomy can be highly effective, it is only accepted by 10% of people due to complications with surgery in older people and those with other risk factors, she said.

When it comes to patients not suited to Tavalisse, Michel and Chen expressed concerns only for those who displayed preexisting hypertension and dismissed other comorbidities. Hypertension is one of the most common side effects of Tavalisse, they said, adding that age is not a factor to dissuade use (the median age for the Phase III trial is 61, according to a 1 February 2021 ASH media release). Michel would also exclude patients who had not previously been treated with Rituxan unless the Phase III trial demonstrated significantly improved efficacy of around 70–80% and no new safety issues.

It would be useful to know the predictors of response from previously treated patients for clinical utility, said Broome and Barcellini. It should be important to distinguish response in patients who have already taken Rituxan and or had a splenectomy prior to treatment, said Barcellini and Michel. At present, the trial is not conducting such an analysis, said Michel.

Sean Rai-Roche is a Reporter for Clinical Trials Arena parent company GlobalData’s investigative journalism team. A version of this article originally appeared on the Insights module of GlobalData’s Pharmaceutical Intelligence Center. To access more articles like this, visit GlobalData.