During this time, the region that saw the biggest increase in the number of deals was Europe. 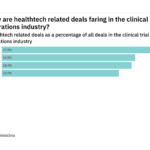 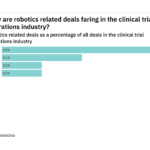 The region saw a 31% increase in deals.

The highest value venture financing deal that took place in 2021 (where the deal value was known) was the $225 million secured by pharmatech company Exscientia.

The database states that the rationale behind this deal was as follows: "The company intends to use the proceeds to advance its proprietary pipeline through clinical testing as well as to continue expanding the technology platform toward autonomous drug design."