Research and innovation in robotics in the clinical trial operations sector has declined in the last year.

The most recent figures show that the number of robotics related patent applications in the industry stood at 22 in the three months ending March – down from 42 over the same period in 2021.

Figures for patent grants related to robotics followed a similar pattern to filings – shrinking from 19 in the three months ending March 2021 to nine in the same period in 2022. 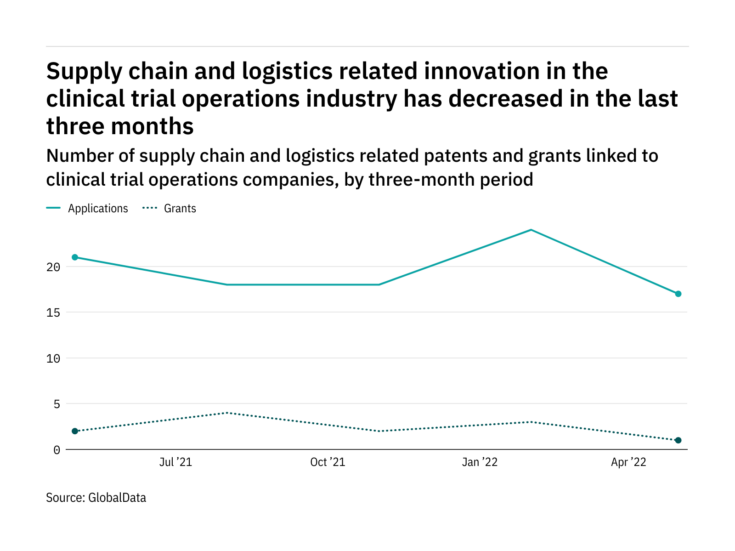 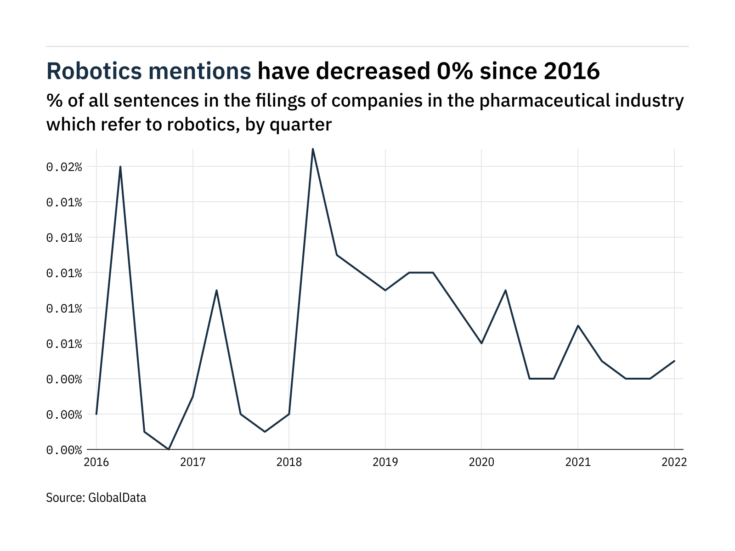 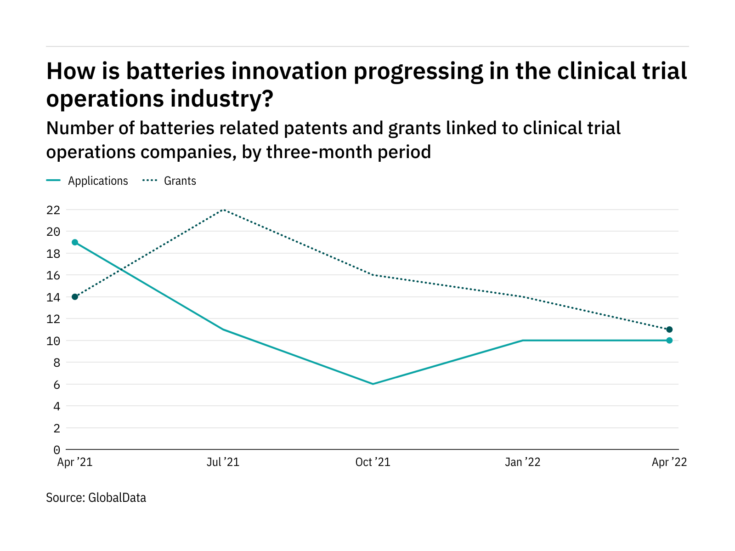 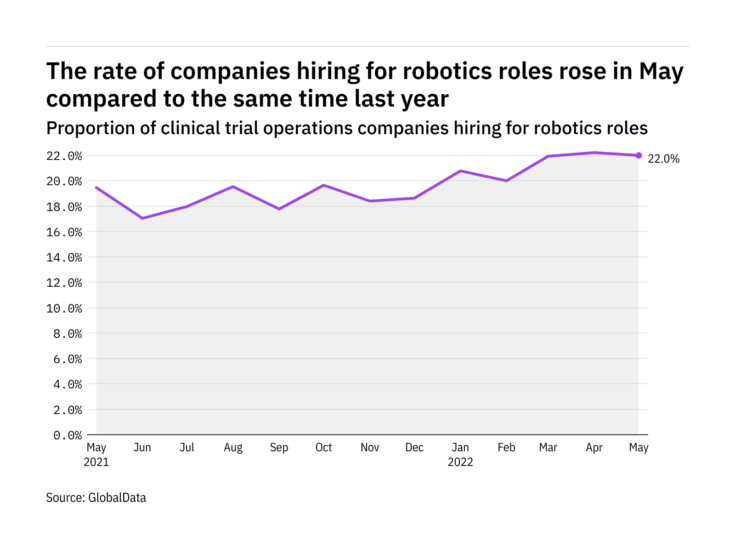 Robotics is one of the key areas tracked by GlobalData. It has been identified as being a key disruptive force facing companies in the coming years, and is one of the areas that companies investing resources in now are expected to reap rewards from.

Johnson & Johnson was the top robotics innovator in the clinical trial operations sector in the latest quarter. The company, which has its headquarters in the United States, filed seven robotics related patents in the three months ending March. That was down from 20 over the same period in 2021.

It was followed by the Switzerland based F. Hoffmann-La Roche Ltd with seven robotics patent applications, the United States based Thermo Fisher Scientific Inc (6 applications), and Germany based Bayer AG (2 applications).