Following a review of data from the Phase I STRONG study of the intrathecal (IT) formulation of Novartis’ one-off gene therapy Zolgensma (onasemnogene abeparvovec) in older patients with spinal muscular atrophy (SMA), the FDA has requested a pivotal Phase III confirmatory study to further support the drug’s regulatory filing. Clinical data from the new study are unlikely to be available before 2023. As such, the company will suffer further delay in its effort to expand Zolgensma’s patient pool, allowing its direct competitors—Biogen’s Spinraza (nusinersen) and Roche’s Evrysdi (risdiplam)—to continue to capture considerable shares of the older SMA patient population. Previously, GlobalData forecast Zolgensma to generate global sales of $2.5B by 2026, but this now appears ambitious given the recent stumbling block.

SMA is a rare genetic neuromuscular disorder that is caused by a mutation in the survival motor neuron 1 (SMN1) gene. It results in voluntary muscle wasting and the inability to talk, eat, and breathe. In 90% of cases, SMA leads to death in infants by age two years. Zolgensma is a one-time intravenous (IV) infusion that was approved by the FDA in May 2019 to treat children from newborn to two years old with SMA. Zolgensma was approved in Japan in March 2020, and was granted conditional approval in Europe in May 2020. Novartis was aiming to extend its future patient pool with an IT formulation, which is intended for use in patients ages two to five years with SMA type 2, a less severe form of the disease.

Biogen’s first-to-market Spinraza was approved in 2016 by the FDA for the treatment of all subtypes of SMA. It is currently positioned as the market leader, with reported global sales of $2.1B in 2019. Unlike Zolgensma, Spinraza represents a chronic treatment option for SMA patients. Despite costing $2.1M per infusion, Zolgensma is thought to be more cost-effective than Spinraza over the long term, as it has the potential to cure the disease and only requires a single administration. Spinraza requires patients to be hospitalized multiple times per year in order to deliver the drug through lumbar puncture.

The FDA approved Roche’s Evrysdi in August 2020 for all subtypes of SMA in ages two months and older, driving further competition in the market. Evrysdi is expected to pose further threats to both Spinraza and Zolgensma due to its wider targeted patients, favorable oral dosing, and lower annual cost of therapy (ACOT). GlobalData estimates that Evrysdi will reach global sales of $1.8B by 2026, equaling Spinraza’s sales estimate for the same year. Evrysdi’s expected growth will mainly come at the cost of Spinraza, rather than Zolgensma. 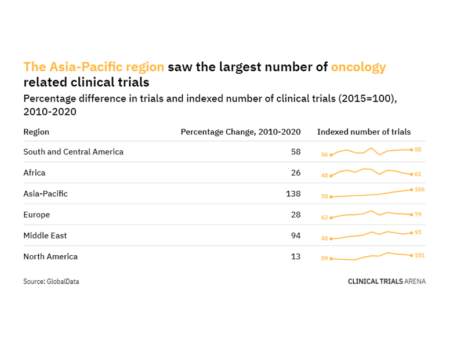 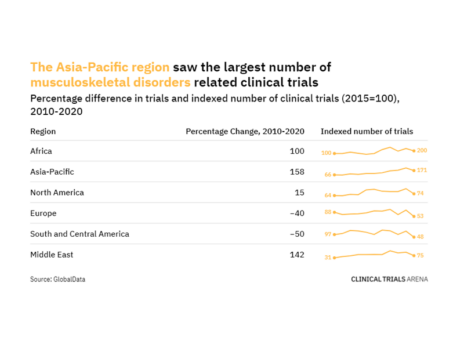 Although the anticipated delay of the launch of Zolgensma’s IT formulation will prove costly to Novartis’ expansion plan, the drug still has the potential to overtake Spinraza’s leadership position, since it is a one-time therapy with the potential to replace the defective gene and thereby improve the quality of life of SMA patients.