While it may be easier for an even-toed ungulate to go through the eye of a needle than to generate an accurate clinical trial forecast, many teams make the endeavor even more difficult than necessary. Few would dispute the complexities and challenging nature of forecasting for clinical trials, especially given their annoying tendency to never go exactly as originally planned. However, based on almost two decades of generating financial forecasts for various-sized companies, I’ve observed that there are some relatively simple steps that any biopharma company can take to mitigate this challenge. So without further ado, I hereby present the six immediate practices your company can implement to immediately improve your clinical trials budgets and forecasts.

In the popular game show “Wheel of Fortune”, contestants were asked to randomly choose six letters to apply to a given word puzzle. The more letters that were actually contained in the puzzle, the easier it would be to solve the puzzle and achieve game show nirvana. After many years, it became apparent to the incredibly observant show producers that contestants often chose the same six common letters –R,S,T,L,N, and E. As such, they changed the game’s format to (a) “giving” each contestant those six letters, and (b) having them choose several additional and more exotic letters. Along the same spirit, the following six “RSTLNE” practices should be treated as a “given” for all of your future clinical trial forecasting efforts, which will allow more time and energy to be focused on more complex analysis.

Finance Guru Chris: “For the year, you originally budgeted $1M for Trial X. It’s now October, and thus far you’ve only spent 25 percent of your budget. How much should we reforecast for Trial X for the remainder of the year?” 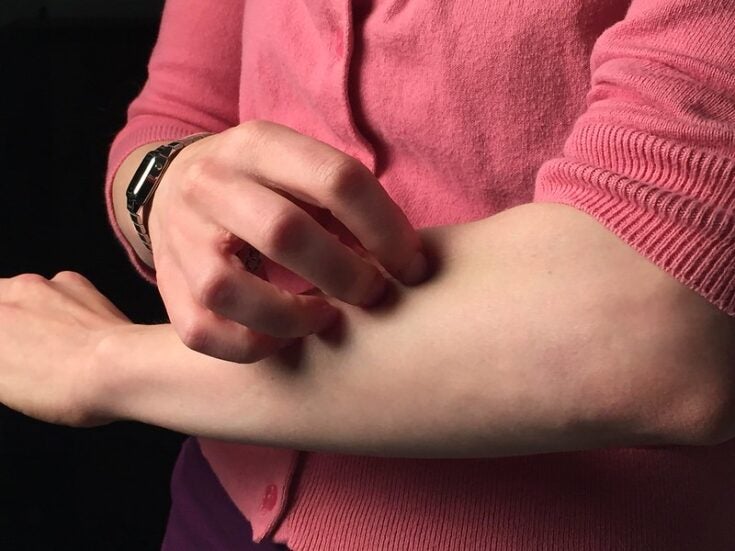 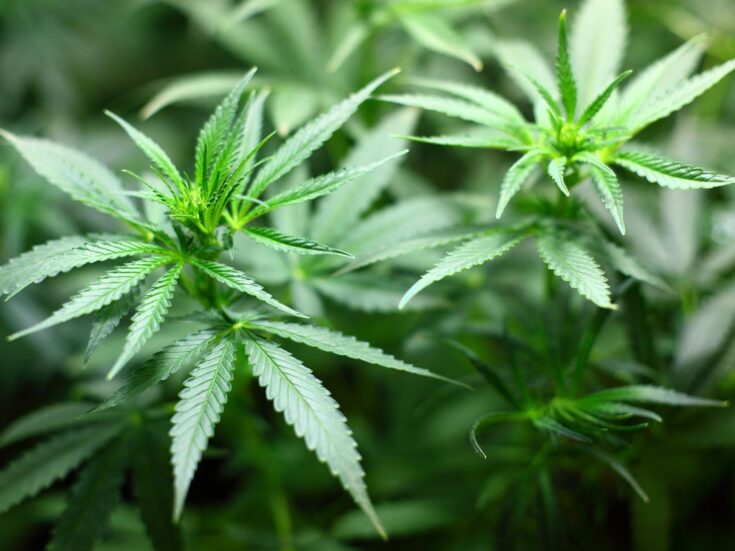 FGC: “So you’re saying that you will spend 75 percent of the entire budget in the next quarter, even though you only succeeded in spending 25 percent over three quarters?”

After numerous similar conversations with otherwise rational trial and program managers, I decided to examine the underlying thought processes. What I deduced was the following: it wasn’t that clinical teams felt confident in their ability to suddenly turbo-charge their trial progress and spending; it was more a desire not to lose their budget dollars and possibly get “dinged” for overspending should they lower their forecast. Although company leaders often preach that underspending is as undesirable as overspending, their body language often suggeststhat overspending isthe greater of two evils (e.g. Overspend = “How did you allow such a travesty? I want explanations in detail and in triplicate!”; Underspend = “Oh, you naughty CTM…try to do better next time”). As such, teams often cling to every budget dollar even when it becomes increasingly unrealistic. The solution: have company leaders severthe concept of “realistic forecast” from “approval to spend.” In other words, even if the team dares to provide a more reasonable lower forecast, they will still be allowed to spend up to previously approved original budget, assuming they prudently can. In my observation, companies that implement this practice achieved significantly improved forecasting accuracy almost immediately.

Finance and R&D teams utilize multiple system tools to squeeze out numbers and projections.Finance, for example, will typically have separate systems for accounting and payments, budgeting and planning, and purchase order tracking. R&D may have CTMS with various financial tracking modules, CRO and/or investigator site benchmarking tools, and resource management systems. Without a goodunderstanding of each system’s function and, more importantly, synergies with one another, confusion may result and lead to less accurate forecasts. For instance, how does the accounting system’s specified expense totalstie to the PO or budget system numbers? Why does the invoice system say we paid a certain vendor one amount, but the PO system and budget planning system specify an entirely different amount? Which amount of already incurred expense should I factor in when I reforecast? Why don’t the CRO costing system numbers match what’s in Finance’s budget system?While no small effort, the solution is simple: comprehensive cross-trainingand systems familiarization for all pertinent R&D and Finance personnel. Because the goal is strategic familiarity rather than intricate and specific system knowledge, the training would be at a higher conceptual level rather than at the system user level, focusing primarily on how every system interrelates with one another.

Scenario: after a study team spends massive time and effort generating a detailed forecast based on reasonable assumptions, they are subsequently told to go back to the drawing board because their total exceeds management’s (unshared) target by a factor of two or three.While I admit to occasionally finding guilty enjoyment in watching clinical folks squirm in the throes of conniption, it would clearly be much more efficient and prudent if high level targets could be shared with teams beforehand. It may be true that management may only have an initial tentative target in mind, and are thereforereluctant to offer more specifictargets until the totality of data is gathered. However, even a high level target may be useful during the initial stages of forecasting. For instance, a study team can use the guidance to generate alternative forecast scenarios that fall below or above the target level, depending on various factors. But having that initial data point to work with is significantly more efficient than no guidance at all.

Have you and your teams ever spent hours contemplating and reforecasting a particular budget item, only to realize that the item’s entire total was equivalent to a rounding error relative to the size of your “big ticket” budget items?It may sound like a no-brainer, but I’ve encountered numerous instances in which teams are tasked with spending inordinate effort over low-impact budget items. Given limited time and energy, it’s important that forecasting attention be commensurate with the relative materiality of the budget items. For example, site monitoring expenses should typically incur more forecasting effort than IVRS costs, and investigator grant payments more thanestimated IRB fees. One common budget item that often results in disproportionate effort and scrutiny is travel expense. In all my illustrious years of budgeting and forecasting, I have yet to come across a clinical trials-related travel forecast that ultimately came close to actual spend.Coincidentally, I’ve also rarely come across a situation in which the travel spendby itself resulted in a significantly material overall clinical trial cost variance. But because travel is typically controversial and is an oft-cited “overspend” item, teams often go throughthe painful effort of generating their travel budgets in great detail. In reality, even if teamscan. Nostradamically predict the timing, quantity, and destination of trips for up to a year or more in advance, they would be still encounter the challenge of predicting airfare and hotel prices.  Given this and the fact that travel expense is generally much smaller in scopethan other clinical trials expenses, I would argue that less forecast effort should be allocated to this as well as other “low-impact” items. Low-impact budget itemscan be based on a simple standard set of fixed assumptions (set number of domestic and international trips per employee per month for generating travel budget, for instance), with the understanding that these assumptions will likely change based on reality and that these fluctuations won’t materially affect overall trial budgets.

Many companies utilize risk probabilities and adjustments when forecasting for clinical trials.  For instance, if a company estimates a 50 percent probability that a new clinical trialwill take place (pending results of a current trial, for example), the financial forecast will only factor in 50 percent of the expected costs.  Some companies apply a risk probability factor not only to new trials that haven’t started, but to existing ongoing trials to adjust for slower than planned activities.  What I’m underscoring is that new, not-yet-started trials should be assigned a different risk probability factor than ongoing ones, given that there should be a different uncertainty level with a trial not yet started. For instance, some companies assign the same risk probability for an ongoing trial as it does for a new trial scheduled to start within the budget year. I would argue that there are more uncertainty factors with a new trial vs. an ongoing one. For example, while an ongoing trial may experience lower than expected progress such as slower than anticipated patient enrollment, a new trial would be subject to these same risk along with additional risks associated with contract timing, site initiation, and other trial commencement activities.

If you’ve worked in either Finance or Clinical/R&D within the biopharma industry, you’ll have likely encountered the ulcerous pain commonly known as financial accruals. In my observation, lack of understanding when it comes to financial accruals is one of the biggest culprits leading toforecasting inaccuracy.  In simple terms, “accruals” is the monthly process of estimating the total value of all clinical trial work actually performed for the period by cost-generating entities associated with the trial, including CRO’s, central labs, investigator sites, consultants, and all other partners. Because of the challenging nature of accruing for all of the different players relating to clinical trials, companies often utilize esoteric models and methodologies to generate their accrual estimates. Without an understanding of your company’s specific accruals methodologies, you will have a very difficult if not impossible task forecasting for your clinical trials. Here’s a quick test:

Assume you are forecasting YEAR 2 of a 3-year, $3M CRO contract budget. The total CRO expense for the past year (YEAR 1) was exactly $1M.  You also know that a $1.5M milestone payment will be payable to the CRO during YEAR 2.Question: what’s your best forecast estimate for YEAR 2 CRO costs?  Is it (a) $1M; (b) $1.5M, or (c) some other amount?

Budgeting and forecasting for clinical trials are by nature inherently complex. However, by ensuring that these six relatively simple “RSTLNE” implementations are in place, you can immediately achieve more accurate financial forecasts going forward, and make your world amore wonderful place.