Approved in EU, Canada, Brazil, Malaysia, Macau and the US

Expand
The drug is being sold under the trade name Brilinta in Brazil, Malaysia and Macau.
AstraZeneca developed the drug, which was approved for use in Canada in June 2011.
Blockage of a coronary artery which might lead to acute coronary syndrome (ACS).
The drug selectively inhibits the protein P2Y12, which is an Adenosine di Phosphate (ADP) receptor. 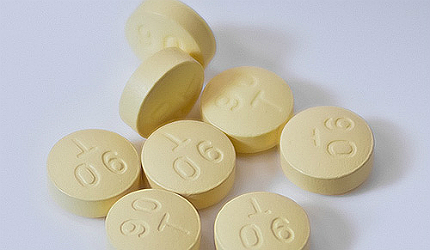 Brilinta is an anti-platelet drug which decreases the platelet aggregation and prevents blood clots. It was developed by AstraZeneca for the treatment of acute coronary syndrome (ACS), a disease related to the coronary arteries.

The drug is marketed under the trade names Brilique and Possia in the European Union (EU), and Brilinta in Brazil, Malaysia and Macau.

A marketing authorisation application to the European Commission for the approval of the drug for the treatment of acute coronary diseases and prevention of thrombotic events was filed in October 2009.

The drug was given Class 1B recommendation by the European society of cardiology and the European society for cardio-thoracic surgery in August 2010. It was approved by the EU in December 2010. Brilinta was also approved in Canada in June 2011, for prevention of thrombotic events in ACS patients.

The drug is approved in more than 39 countries, including the US, those in the EU, Canada, Brazil, Malaysia and Macau. The approval was based on the results of the Plato (Platelet inhibition and patient Outcomes) trial.

AstraZeneca filed the New Drug Application for Brilinta for the treatment of ACS in the US in November 2009. The US Food and Drug Administration (FDA) sent a complete response letter asking for additional data of the Plato trial in December 2010. The company replied to the FDA in January 2011 with additional reports, which focus on Ticagrelor and high dose aspirin interactions.

Based on the resubmission, the FDA approved Brilinta in July 2011 to reduce the rate of heart attacks and cardiovascular deaths in adult patients with ACS.

ACS usually occurs due to reduced flow of blood in the heart muscle. A person with ACS might face unstable angina (severe chest pain) or even myocardial infarction (heart attack).

STEMI (ST elevation MI) is a type of MI which occurs due to blockage of a coronary artery by a blood clot, resulting in the death of heart muscle.

UA/NSTEMI (unstable angina / non-ST elevation MI) is a type of MI in which an artery is blocked by a blood clot, leading to the death of heart muscle. The symptoms of ACS include profuse sweating, nausea, vomiting and breathing difficulties.

Platelets present in the blood stick together and form clumps, resulting in a condition called platelet aggregation. P2Y12, an Adenosine di Phosphate (ADP) receptor, is a protein that plays a major role in the clotting of blood and platelet aggregation which might further lead to acute coronary syndrome.

Ticagrelor, an ADP receptor inhibitor, selectively inhibits P2Y12 and also the action of platelet clumping. It thus reduces blood clots and thrombotic events. Ticagrelor binds to the P2Y12 in a unique manner and inhibits the ADP signalling by locking the receptor and making it inactive. This hinders the platelet aggregation and reduces blood clots thereby reducing the risk of ACS.

Clinical trials on Brilinta, Phase I

"The drug is marketed under the trade names Brilique and Possia in the European Union (EU), and Brilinta in Brazil, Malaysia and Macau."

AstraZeneca started the Phase I trials in male ACS patients in December 2010 to evaluate the effect of ticagrelor on adenosine induced coronary blood flow velocity. A total of 39 patients were enrolled and administered either 180mg of ticagrelor or placebo.

Phase II ONSET/OFFSET trials began in October 2007 and enrolled around 123 patients. The study was conducted to compare the anti-platelet effects of ticagrelor, clopidogrel (an oral anti-platelet agent) and placebo in combination with aspirin. It was completed in March 2009. The results of the study indicated that ticagrelor showed a higher inhibition of platelet aggregation.

Phase II trials on the Asian population were initiated in April 2010 and about 146 patients were enrolled. The study was conducted to find the drug characteristics and determine whether the blood clotting would be reduced within four weeks of treatment. The patients were administered either ticagrelor or clopidogrel. The primary endpoint was higher inhibition rates of platelet aggregation and the secondary endpoint was to study the safety and efficacy.

The Phase III trial, named Plato, on patients with acute coronary syndrome was initiated in October 2006 and completed by March 2009. It was conducted to determine whether the drug could achieve cardiovascular and safety endpoints earlier than that of clopidogrel. The trial recruited 18,624 patients in more than 43 countries and analysed the efficacy, safety and tolerability of the drug. Patients were administered either ticagrelor in combination with aspirin or clopidogrel with aspirin. It was observed that ticagrelor showed greater reduction in the number of cardiovascular deaths when compared to that of the clopidogrel.

"AstraZeneca filed the New Drug Application for Brilinta for the treatment of ACS in the US in November 2009. The US Food and Drug Administration (FDA) sent a complete response letter asking for additional data of the Plato trial in December 2010."

The new analysis of the Plato trial released in March 2010 showed 48% fewer cardiovascular deaths when compared to clopidogrel. PLATO CABG analysis was conducted in 1,261 of the 1,899 patients who underwent coronary artery bypass grafting during the Plato trial.

Enrolment for the Phase III PEGASUS TIMI 54 (Thrombolysis in Myocardial Infarction) began in October 2010. This international trial enrolled 21,000 patients and is being conducted in more than 325 study locations across 33 countries.

The 12-month study is expected to be completed by February 2014. Patients are being administered either Ticagrelor 60mg or 90mg twice daily or the placebo. The trial is being conducted to determine whether the drug is efficient in decreasing the cardiovascular events with twice daily doses.

Phase III studies on the Asian population to determine the safety and efficacy of the drug are currently ongoing. The trials began in February 2011 and are expected to be completed by August 2012.

Another Phase III trial to compare the effects of ticagrelor and prasugrel (a platelet inhibitor developed by Daiichi Sankyo) on acute coronary syndromes resulting from Percutaneous coronary intervention began in May 2011.

The study enrolled 44 patients and was completed in December 2011. Patients were administered either 10mg of prasugrel per day or 80mg of ticagrelor twice a day.

A one month trial is being carried out to compare the safety and efficacy of the pre-hospital and in-hospital ticagrelor treatment on STEMI patients. The trial enrolled 1,770 patients. It began in September 2011 and is expected to be completed by February 2013.

Marketing worldwide for Brilinta and competition from Plavix

Brilinta faces tough competition with Plavix, developed by Sanofi-Aventis and Bristol-Myers Squibb, which is approved for the same indication. It is facing severe hurdles and tough competition from the rival drug in Germany, Britain, Denmark and Norway.

Leqvio (inclisiran) for the Treatment of Hypercholesterolaemia
Topics in this article: