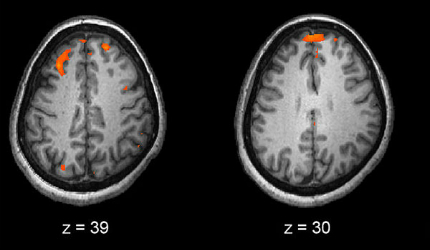 Invega Trinza (paliperidone palmitate), an atypical antipsychotic, is a three-month injection that is the first, and only, four-times-a-year drug indicated to treat schizophrenia . The long dosing interval allows patients to focus less on their medication needs, and more on other aspects of their treatment. The drug was discovered by Janssen Pharmaceuticals, the pharmaceutical division of Johnson & Johnson.

The new drug application, submitted by Janssen Pharmaceuticals to the US Food and Drug Administration (FDA), was approved under a priority review in May 2015. The approval covers schizophrenia patients who have been treated with Invega Sustenna, a one-month paliperidone palmitate extended-release injection, for at least four months.

Invega Trinza is expected to be launched into the market by mid-June 2015.

Latuda (lurasidone HCl) for the Treatment of Schizophrenia, United States of America

Latuda (lurasidone HCl) is indicated for the treatment of schizophrenia. The drug was developed by Sunovion Pharmaceuticals

Schizophrenia is a complex and chronic brain disorder that can severely affect a person’s ability to think, feel, and act. Schizophrenia patients may fail to differentiate between real and imaginary things, become unresponsive, and find it difficult to express normal emotions in social situations. Although symptoms vary from case to case, the condition affects most aspects of a person’s life.

According to World Health Organisation estimates, schizophrenia affects more than 21 million people worldwide, with half of them not receiving care for the disorder.

Invega Trinzam is available in the form of extended-release injectable suspension of varying strengths for intramuscular administration. It should be administered four times a year, with three month intervals, only after the patient has been treated with Invega Sustenna, a one-month paliperidone palmitate extended-release injectable suspension, for at least for four months.

Invega Trinza contains an active ingredient called paliperidone palmitate, which is slowly hydrolysed to paliperidone upon administration. Though the mechanism of action of the drug is unknown, it is proposed that its therapeutic activity is mediated through a combination of central dopamine Type 2 (D2) and serotonin Type 2 (5HT2A) receptor antagonism.

"Invega Trinzam should be administered four times a year, with three month intervals, only after the patient has been treated with Invega Sustenna for at least for four months."

The FDA-approval was based on the results from a phase III long-term maintenance trial conducted to determine the safety and efficacy of the drug.

The randomised, multi-centre clinical study, which enrolled 506 patients from eight countries, was carried out in four stages including a three-week screening phase, a flexible-dose 17-week open-label transition phase, a 12-week open-label maintenance phase, and an open-ended double-blind (DB) phase.

Stabilised patients were randomised to either placebo or a fixed dose of Invega Trinza once every three months in a double-blind fashion.

The drug was generally tolerable, and proved to be as safe as the other available paliperidone formulations in the market.

Adverse reactions recorded during the study were headache, weight gain, nasopharyngitis, and akathisia.