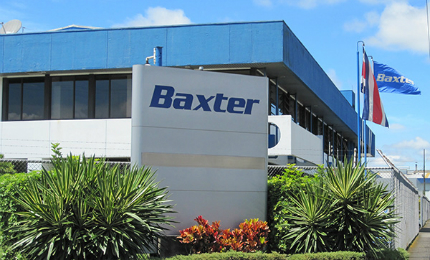 Obizur antihemophilic factor (recombinant) is the first recombinant porcine FVIII, indicated for the treatment of bleeding episodes in adults with acquired haemophilia A (AHA). The drug was discovered and developed by Baxter International.

The US Food and Drug Administration (FDA) approved Obizur for the treatment of bleeding episodes in adults with AHA in October 2014. The FDA also granted Obizur orphan designation and priority review as AHA is classified as a rare disease and its treatment addresses an unmet medical condition.

Acquired Haemophilia A causes and symptoms

Alprolix, for the Treatment of Haemophilia B, US

AHA is a rare and life threatening bleeding disorder that mostly affects older adults. It is a condition in which the body produces specialised inhibitor proteins called auto-antibodies which attack coagulation factor VIII, an essential blood-clotting protein.

Non-functioning of the protein slows down blood clotting, which means people with this disease often experience abnormal bleeding into the skin, muscles or other soft tissues, and post surgical bleeding.

Some of the causes of acquired AHA include pregnancy, immune system disorders, cancer, or allergic reactions to certain drugs. The causes in 50% of the cases are, however, unknown.

Obizur is a recombinant DNA derived anti-haemophilic factor. It replaces the inhibited coagulation factor VIII with a recombinant porcine sequence factor VIII, needed for effective blood clotting, and it is the first drug allowing physicians to know the safety and efficacy of the treatment by monitoring the activity levels of factor VIII.

Obizur is available as a lyophilised powder for solution in single-use vials containing 500 units per vial.

"Some of the causes of AHA include pregnancy, immune system disorders, cancer, or allergic reactions to certain drugs."

The FDA approval for Obizur was based on a global, prospective, controlled, open-label, multi-centre Phase II/III clinical trial conducted to evaluate the safety and efficacy of Obizur in treating AHA. Studies enrolled 29 adults (29 patients were evaluated for safety and 28 evaluated for efficacy) with AHA, who were experiencing serious bleeding episodes that required hospitalisation.

All subjects enrolled in the study received an initial dose of 200 units per kg of Obizur. The treatment was continued until either bleeding slowed down, or at the doctor’s discretion based on the clinical assessment. Changes in the bleeding pattern were observed at regular intervals using a pre-defined rating scale, based on subjective clinical assessments and factor VIII activity levels. An effective or partially effective response was considered positive.

All 28 subjects that were evaluated for efficacy showed a positive response, either partially effective or completely effective with slowed down or stopped bleeding and clinical improvement 24 hours after the first dose. Positive responses were recorded in 95% of subjects at eight hours and 100% of subjects at 16 hours. According to the results recorded by the on-site investigator, 86% of the subjects had successful treatment of the initial bleeding episode.

The most common adverse reactions recorded in more than 5% of subjects included development of inhibitors to porcine FVIII.

Baxter is a global pharmaceutical company specialised in developing, manufacturing and marketing products related to haemophilia. The company introduced a wide range of therapy drugs for haemophilia patients at each treatment stage, over the past six decades. Obizur is expected to be available in the US market in early 2015.