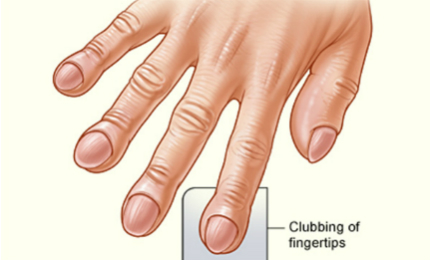 Discovered and developed by German pharmaceutical company Boehringer Ingelheim, Ofev (nintedanib) is the first and only tyrosine kinase inhibitor (TKI) to receive approval for the treatment of idiopathic pulmonary fibrosis (IPF). IPF is a debilitating and fatal lung disease caused by lung tissue scarring.

The US Food and Drug Administration (FDA) approved Ofev for the treatment of IPF in October 2014, granting fast track, priority review, orphan product and breakthrough designations.

Marketing authorisation approval (MAA) application for Ofev, which was submitted by Boehringer Ingelheim to the Committee for Medicinal Products for Human Use (CHMP) of the European Medicines Agency (EMA), was validated and granted accelerated assessment by the EMA in June 2014.

In September 2014, the CHMP recommended for the European Union’s (EU) approval of nintedanib in combination with docetaxel for second-line treatment of patients with adenocarcinoma of the lung. In November 2014, The EU approved nintedanib under the brand name Vargatef for lung cancer patients with advanced adenocarcinoma after first-line chemotherapy. The EC has granted marketing authorisation for the drug in 28 EU countries.

Vargatef combined with docetaxel is indicated for use in adult patients with locally advanced, metastatic or locally recurrent non-small cell lung cancer (NSCLC) of adenocarcinoma tumour histology, after first-line chemotherapy.

Pirfenidone is a drug indicated for the treatment of idiopathic pulmonary fibrosis (IPF), a disease that causes scarring and thickening of the lungs.

In the initial stages of the disease, the lung tissues become thick and stiff due to scarring, and can eventually lose the ability to transfer oxygen into the bloodstream, resulting in deficiency of oxygen supply to vital organs of the body. IPF patients often experience shortness of breath and difficulty in doing everyday tasks.

It is estimated that 14 to 43 people out of 100,000 are affected by IPF worldwide. The lethal lung disease has an average survival of two to three years after diagnosis.

Approximately half of patients affected by an acute IPF exacerbation die during hospitalisation.

Ofev’s active ingredient nintedanib is a tyrosine kinase inhibitor (TKI) that inhibits the growth factor receptors involved in the progress of pulmonary fibrosis.

Ofev is available as capsules and the recommended administered dose is one capsule twice a day. It is not recommended for pregnant women and patients with moderate to severe liver problems.

Diarrhoea, nausea, abdominal pain, vomiting, headache, weight loss and high-blood pressure are among the most common side effects of Ofev.

"The FDA-approved Ofev for the treatment of IPF in October 2014, granting fast track, priority review, orphan product, and breakthrough designations for the novel new drug."

Conducted at 92 sites in 25 countries, Tomorrow was a randomised, double-blind, placebo-controlled trial that enrolled 432 patients with IPF.

Patients administered with 150mg of oral nintedanib dose twice daily, showed decline in FVC by 0.06l a year, compared to 0.19l a year in patients treated with a placebo.

The clinical trial also confirmed lower incidence rates of acute exacerbations and better preservation concerning quality of life of the IPF patients, compared with a placebo.

Common adverse effects observed during the trial were gastrointestinal side effects, which were mild in the majority of cases.
The Phase III Inpulsis-1 and Inpulsis-2 clinical trials were also double-blind, randomised and placebo-controlled, and conducted on 1,066 patients across 24 countries. The studies evaluated the safety and efficacy of nintedanib 150mg twice daily dosage in IPF patients over 52 weeks.

Primary end point of the study was annual rate of decline in FVC, while secondary endpoints included the change from the baseline in quality of life and time to first acute exacerbation.

The patients who received Ofev experienced 50% less decline in lung function compared with those who received placebo. The drug significantly reduced the risk of adjudicated acute exacerbations by 68%.

A significant change in SGRQ score was observed in the Inpulsis-2 study, while no such difference was found in Inpulsis-1. Gastrointestinal side effects of mild or moderate intensity were the most common adverse effects observed during both trials.

In October 2014, Boehringer Ingelheim initiated a global Phase III study called LUME-COLON 1, a double-blind, randomised, placebo-controlled study to evaluate the efficacy and safety of nintedanib in combination with best supportive care (BSC), compared with placebo plus BSC, for patients with advanced colorectal cancer (CRC), whose disease progressed on previous treatment.

More than 750 patients at 150 sites in the US, Europe and Asia are expected to be enrolled for the LUME-COLON 1 study.