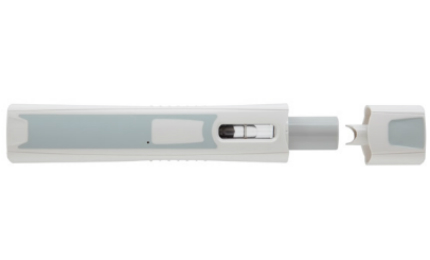 Plegridy (peginterferon beta-1a) is the only pegylated beta interferon approved for the treatment of relapsing multiple sclerosis (RMS). The drug was discovered and developed by Biogen Idec.

Plegridy is available in a prefilled syringe with a dose of 125mcg and is to be administered subcutaneously.

Aubagio (teriflunomide) for the treatment of multiple sclerosis, US

Aubagio (teriflunomide) is an immunomodulatory agent indicated for the treatment of relapsing forms of multiple sclerosis.

Multiple sclerosis (MS) is a central nervous system (CNS) disease characterised by disruption of communication between the brain and the rest of the body. The disease affects the brain, spinal cord and optic nerves. Symptoms of the disease may include mild or severe numbness in the limbs to paralysis or loss of vision. RRMS, the most common form of MS, accounts for 85% of the cases.

MS is estimated to affect more than 2.3 million people worldwide, and approximately 400,000 people in the US alone.

Plegridy contains interferon-beta (IFN-beta), a cytokine in the interferon family that balances the expression of pro and anti-inflammatory agents in the brain.

The precise mechanism of action of the drug in the treatment of MS is not known completely, but it is believed that the drug binds to the type I interferon receptor on the surface of cells, resulting in a number of intracellular events. This leads to the regulation of interferon-responsive gene expression.

The FDA and EC gave marketing approval for Plegridy based on the results obtained from a Phase III clinical trial known as ADVANCE study. The placebo-controlled clinical study evaluated efficacy and safety of Plegridy administered subcutaneously. It enrolled more than 1,500 patients with relapsing forms of multiple sclerosis, and was conducted for a period of two years.

"MS is estimated to affect more than 2.3 million people worldwide, and approximately 400,000 people in the US alone."

Primary endpoint was reducing annualised relapse rate (ARR) at year one. The secondary endpoint included reducing the risk of 12-week confirmed disability progression, the proportion of patients who relapsed, and MRI assessments.

The results from the two-year safety data of the ADVANCE clinical study were also consistent with the safety results observed in the first year of the study.

Bigen Idec, headquartered at Cambridge, Massachusetts, US, is engaged in the discovery, development, production and marketing of innovative therapies for the treatment of neurodegenerative diseases, hematologic conditions and autoimmune disorders.

Other medications available in the market for the treatment of MS include Aubagio (teriflunomide) developed by Genzyme, Alemtuzumab produced by Bayer Schering Pharma and Genzyme Corporation, and Tecfidera (dimethyl fumarate) developed by Biogen Idec.