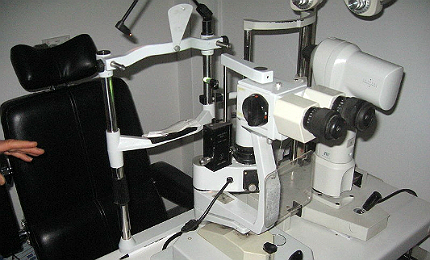 Zioptan (tafluprost ophthalmic solution) was developed by Santen Pharmaceutical in collaboration with Merck. The drug is indicated for the reduction of elevated intraocular pressure (IOP). In February 2012, Zioptan received approval for the reduction of IOP in patients suffering from ocular hypertension or open-angle glaucoma.

Intraocular pressure (IOP) is a condition in which the fluid pressure inside the eye is more than 21mm Hg. The high fluid pressure condition could lead to glaucoma and permanent vision loss in some individuals. The disease could also cause optic nerve damage and, as a result, visual field loss.

"Intraocular pressure (IOP) is a condition in which the fluid pressure inside the eye is more than 21mm Hg."

Santen Pharmaceutical conducted a Phase I clinical trial on Zioptan between September 2011 and December 2011. It was a randomised, double blind, crossover assignment and pharmacokinetics study. The study enrolled about 15 patients aged between 18 and 45 years. The primary outcome measure of the study was to find the pharmacokinetics in three crossover treatments, which included preservative-free FDC, Zioptan and timolol eye drops. The secondary outcome measures of the study included finding the safety and tolerability of single and repeated doses of preservative-free FDC, Zioptan and timolol eye drops.

Santen Pharmaceutical conducted a Phase I/II clinical study on Zioptan between July 2012 and November 2012. The randomised, multicentre, single blind, placebo and active controlled clinical study enrolled more than 60 patients. The primary outcome measure of the study was finding the change from baseline in IOP on day 29.

Phase III clinical studies on Zioptan were conducted between March 2011 and May 2012. The randomised, double blind and parallel assignment evaluated the efficacy and safety of the preservative-free fixed-dose combination of Zioptan and Timolol eye drops. The study enrolled more than 401 patients diagnosed with hypertension or open-angle glaucoma.

FDA approval for Zioptan was based on the results obtained from five Phase III clinical trials involving about 905 patients, during a period of two years. The results of the studies demonstrated that the patients treated with Zioptan showed reduction in IOP at three and six months by 6-8mm Hg and 5-8mm Hg respectively from the baseline pressure of 23-26mm Hg.

Santen Pharmaceutical entered into a licensing agreement with Merck for the international commercial rights on Zioptan in April 2009. Merck holds the marketing rights of the drug in North America, South America, Africa, the Middle East, India, Australia and some countries in Western Europe, as per the agreement.

Xarelto: Investigational Agent for Treatment and Prevention of Thromboembolic Events

The product of a joint development programme between Bayer and Johnson & Johnson, Xarelto (rivaroxaban) is a new oral anticoagulant.

Stivarga (regorafenib), developed by Bayer HealthCare, is an oral multi-kinase inhibitor indicated for the treatment of Metastatic Colorectal Cancer (mCRC).