Alongside a large patient population, China offers a large and growing network of hospitals qualified to conduct high-standard clinical trials and skilled clinical trial and laboratory professionals, along with strong government support which encourages international partnerships through an improved regulatory environment. 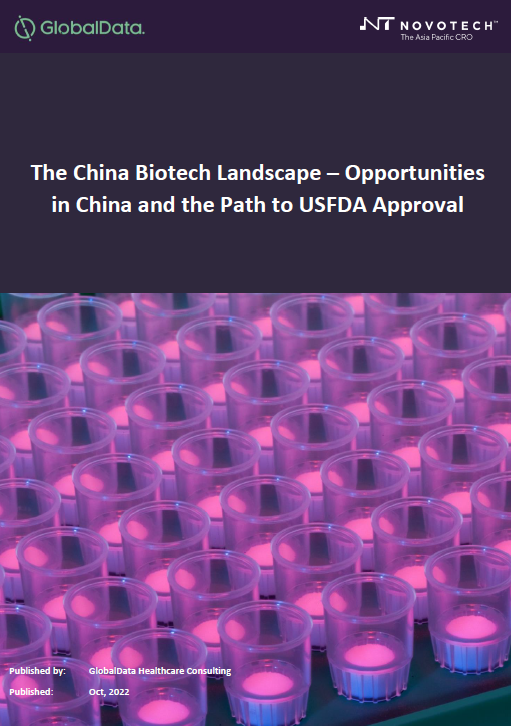 China also has the highest incidence of cancer in the world, accounting for 24% of newly diagnosed cases and 30% of cancer-related deaths worldwide in 2020, making cancer treatment a major unmet need. Over the last five years, China has dominated the oncology clinical trial space and become a major focus for western biotech companies,1 with the proportion of global oncology trials initiated in China increasing from 16% to 39% between 2015 and 2020, and new regulatory reforms set to expedite clinical development of cancer therapies.

Western biotech companies are now able to take advantage of the unique and dynamic opportunity that the China market represents: a large patient population, growing networks of hospitals and professionals, and world-class infrastructure for high-standard trials, at lower costs and with shorter timelines.

Now, the timeline for IND/CTA review is set at 60 days. Technical review is down to 150 days for NDAs and 160 for generic drug applications, and breakthrough designation applications will be reviewed 45 days after application and approved in the next five days. For priority reviews, the timeline is less than six months.2,3,4

This allows biotech firms to streamline their processes and slash the time to initiate clinical trials. As a result, in recent years, there has been a significant increase in the number of CTA approvals in China, which ultimately leads to more new drugs being developed and huge benefits for patients.

As part of the new regime, the regulatory authority has developed four special expedited review channels for urgently needed drugs already marketed in the US, Europe and Japan. The authority annually releases its NRDL (National Reimbursement Drugs List), and drugs for rare diseases are now reviewed within three months. This means biotech companies can receive faster approvals for critical drugs such as therapies for orphan and life-threatening diseases.4,5,6,7

China’s updated marketing authorisation holder (MAH) system means that overseas biotech or pharma companies no longer have to establish a local manufacturing facility to enter the market in China. Now, foreign applicants can designate an entity such as a pharmaceutical company, medical research institution or CRO as their MAH. This drastically reduces the review timeline and eliminates a significant barrier to market entry.

As well as this, new regulations allow Chinese regulators to accept overseas early phase clinical data to conduct late stage or pivotal trials, and overseas pivotal trial data for NDA approval, without requiring the data to be registered first in the country of origin. This makes it easier for international biotech companies to access clinical development in China. At the same time, Chinese trial data can be accepted for initiating late-stage clinical trials in the US and EU.

It is now also easier to execute first-in human (FIH) trials in China alongside other countries. For Western biotech companies, this means that fewer patients may be needed in later stages of development.

As well as reducing regulatory burdens, the Chinese government is increasingly investing in the biotech industry, promoting R&D and establishing special economic zones and biotech parks. By establishing policies that encourage foreign direct investment (FDI) in biotech, the country is contributing to the development of the industry on a global scale.

Biotech companies in China can receive financial incentives and direct subsidies for conducting clinical research, including research grants and up to 80% VAT reduction for some rare disease therapies.8,9 On top of this, clinical trials in China cost 25-40% less than in western locations.10,11

Ultimately, clinical trials are about responding to patient need, and China’s large population comes along with a high disease burden. The elderly population is expected to reach around 360m by 2030, and the country accounts for 46% of the global incidence of stomach cancers and 38% of lung cancer.1 There is a huge opportunity for the clinical trial sector to respond to this environment, and it is beginning to be recognised.

China presents the opportunity, motivation and resources for clinical innovation and an innovative biotech industry which is beginning to flourish. With a government and regulatory environment that is increasingly friendly to overseas companies, it seems there has never been a better time for Western biotechs to make the most of what the country has to offer.