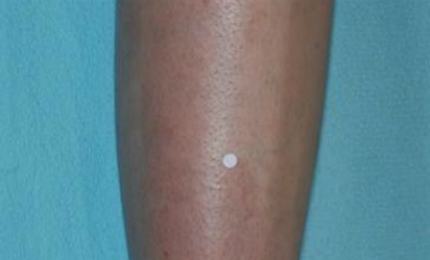 Cosentyx (secukinumab), discovered and developed by Swiss pharmaceutical company Novartis International, is the first interleukin-17A (IL-17A) inhibitor drug approved for the treatment of moderate-to-severe psoriasis in adult patients. It was approved by the European Commission (EC), in January 2015, as a first-line systemic treatment of moderate-to-severe plaque psoriasis in adult patients requiring systemic therapy.

The US Food and Drug Administration (FDA) also granted approval for Cosentyx for the treatment of plaque psoriasis in the same month. The Dermatologic and Ophthalmic Drugs Advisory Committee (DODAC) had unanimously recommended approval of secukinumab by the FDA in October 2014. The FDA-approval was based on 10 phase II and III clinical trials conducted on approximately 4,000 adult patients with moderate-to-severe plaque psoriasis.

Psoriasis and its effects

Psoriasis is an autoimmune disease characterised by thick and extensive lesions, called plaques, on the skin that cause intense itching, scaling and pain. People affected with psoriasis often lack physical and psychological quality of life.

The devastating disease is estimated to affect up to 125 million people or 3% of the world’s population, with Europe and the US accounting for 3.7 million and 7.5 million psoriasis patients respectively.

The new plaque psoriasis drug, claimed to offer faster and more effective treatment of the disease, is expected to be released worldwide, upon approval.

An estimated half of psoriasis patients are unhappy with available treatments for the disease.

Secukinumab is a human monoclonal antibody, which works by inhibiting the action of IL-17A, a protein found in high concentrations in the skin of people affected by psoriasis. The protein is often the preferred target in investigational therapies.

Secukinumab is the only first-line treatment for psoriasis in Europe, whereas all available treatments for the ailment are recommended for second-line systemic therapy.

Doctors can use the drug as a potential alternative to numerous existing treatments that cause significant side effects.

"Secukinumab is a human monoclonal antibody, which works by inhibiting the action of IL-17A, a protein found in high concentrations in the skin of people affected by psoriasis."

The EU-approval is based on the results from a phase III clinical study known as Clear, which was conducted to determine the efficacy of the drug. The study enrolled patients with moderate-to-severe plaque psoriasis.

Secukinumab was also compared to Stelara (ustekinumab), an existing treatment for plaque psoriasis, and was found superior in clearing the skin of the affected patients.

Secukinumab demonstrated significant and consistent results including high skin clearance, sustained efficacy, as well as safety and superiority to similar medicines such as Enbrel (etanercept) in all clinical trials.

In two clinical trials, named Fixture and Eraser, approximately three quarters of patients treated with secukinumab 300mg achieved clear skin on the Psoriasis Area Severity Index (PASI 100) or almost clear skin (PASI 90) during the first 16 weeks of treatment.
The same results were observed in the majority of patients up to 52 weeks with continued treatment.

Approximately 50% of symptoms were reduced by the third week by using secukinumab, compared to seven weeks for patients administered with Enbrel (etanercept) in the Fixture study.

PASI measures severity of the plaques including redness, scaling and thickness, with efficacy of treatment assessed by the reduction of scores from the baseline. PASI 75 indicates 75% reduction and PASI 90 indicates 90% reduction, representing the highest skin clearance.

The majority of patients who achieved PASI 75 response and IGA mod 2011 0 / 1 at week 12 maintained the same response until week 52 with continued treatment.

The drug reported a favourable safety profile with similar adverse reactions such as nasopharyngitis, headache, diarrhoea, itching and upper respiratory infection in all treatment arms (300mg and 150mg).