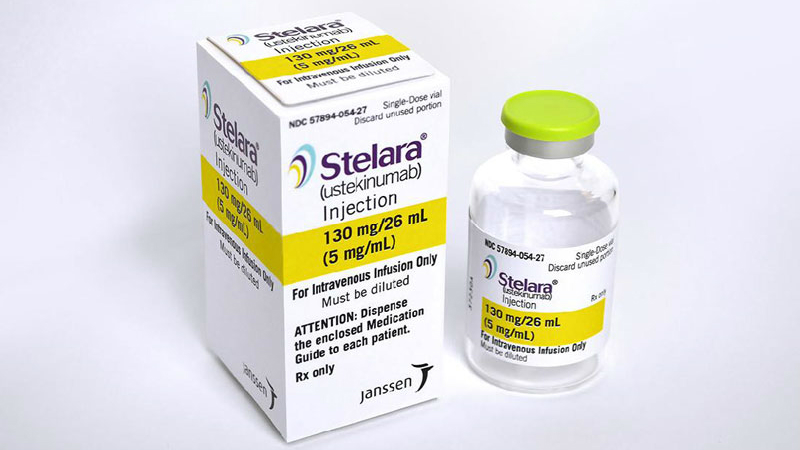 Developed by Janssen Biotech, Stelara (Ustekinumab) is indicated for the treatment of moderate to severely active Crohn’s disease.

A new drug application (NDA) for Stelara was submitted to the US Food and Drug Administration (FDA) on 30 November 2015, which was approved on 26 September 2016.

In addition, a Grouped Type II variation or extension application was submitted to the European Medical Agency (EMA) in November 2015, which was approved on 11 November 2016.

Stelara was earlier approved in the US for the treatment of plaque psoriasis and active psoriatic arthritis.

Crohn’s disease is a type of inflammatory bowel disease (IBD) that causes inflammation and irritation in the digestive tract. It is a chronic disease mainly affecting the small intestine and the beginning of the large intestine. It begins gradually with subtle symptoms that aggravate over time.

The exact cause of the disease is unknown, but researchers suggest it may be caused due to an auto immune reaction, genetics, and other factors such as smoking and the use of non-steroidal anti-inflammatory drugs.

Stelara is a human IgG1K monoclonal antibody, which inhibits the mediated signals generated by interleukin (IL)-12 and IL-23 cytokines. These are associated with inflammatory and immune responses such as killer cell activation and CD4+ T-cell differentiation and activation.

The drug binds to the p40 protein subunit of the IL-12 and IL-23 cytokines to disrupt their mediated signalling and interaction with the cell surface receptor chain IL-12Rβ1.

The US FDA and EMA approved Stelara based on results obtained from three phase III clinical studies UNITI-1, UNITI-2 and IM-UNITI. The trials were conducted to evaluate the safety and efficacy of the drug.

The trial demonstrated that the arms receiving Stelara were superior to placebo in achieving the primary and secondary endpoints.