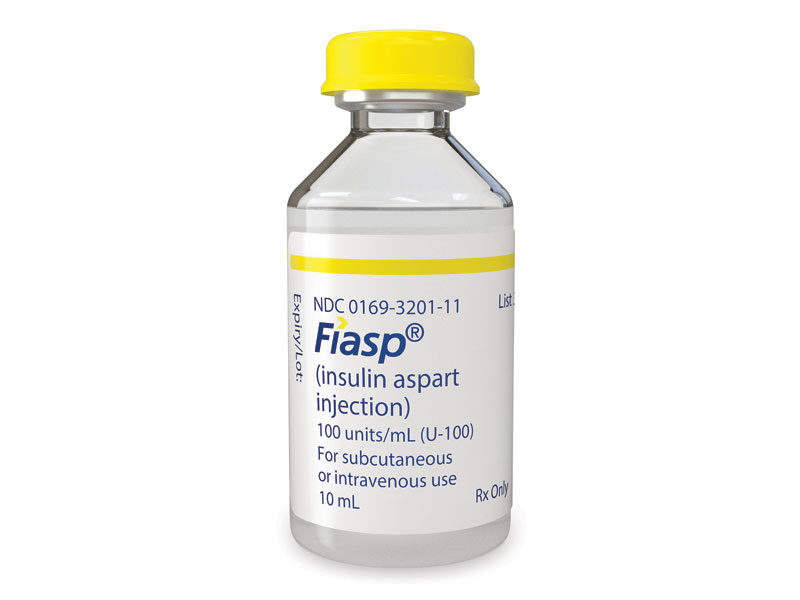 Discovered and developed by Novo Nordisk, Fiasp® (insulin aspart) is a fast-acting insulin analogue indicated for the treatment of adults with Type 1 and Type 2 diabetes.

A new drug application (NDA) for Fiasp® was submitted to the US Food and Drug Administration (FDA) in December 2015. Novo Nordisk received a complete response letter (CRL) from the FDA in October 2016, requesting the company to resubmit the NDA with additional immunogenicity and clinical pharmacology data.

The company resubmitted the NDA in April 2017 and received marketing approval in September 2017.

Fiasp® was also approved by Health Canada in January 2017 and launched in March 2017. Marketing authorisation (MA) approval in Europe was granted by the European Commission (EC) in January 2017.

It has also been approved in Norway and Iceland, and is currently under review in Switzerland, Australia, Brazil, South Africa, Argentina, and Israel.

Diabetes is a metabolic disorder characterised by high levels of blood glucose or blood sugar in the body. It can lead to severe health problems such as heart attack, stroke, kidney failure, blindness, and amputation if not treated or controlled properly.

In Type 1 diabetic patients, the body does not produce enough insulin.

Accounting for 90%-95% of all diabetes cases, Type 2 diabetes is where the body does not make or appropriately use insulin.

Fiasp® is a new formulation of NovoLog® that contains a fast-acting insulin analogue. This primarily regulates the glucose metabolism during mealtimes. Blood sugar levels rise rapidly after eating a meal and the body may be unable to control the high sugar levels.

Fiasp® binds to insulin receptors and lowers the blood glucose by facilitating cellular uptake into skeletal muscle and adipose tissues. It also prevents the output of glucose from the liver.

Fiasp® is available in a FlexTouch® pen and a 10ml vial, and can be administered at the beginning or within 20 minutes of starting a meal.

FDA approval for Fiasp® was based on the results obtained from a Phase III clinical development programme, which included three clinical trials. Enrolling more than 2,000 Type 1 and Type 2 diabetics, the trial evaluated the efficacy and safety of Fiasp® when administered at the beginning of and after starting a meal.

Results from the clinical trial programme demonstrated that adults with Type 1 and Type 2 diabetes administered with Fiasp® showed reduction in A1C levels.

Novo Nordisk is a global healthcare company headquartered in Bagsværd, Denmark. It has more than 90 years of innovation and leadership in diabetes care.

The company also provides healthcare solutions for serious chronic conditions including haemophilia, growth disorders and obesity. Its products are marketed in more than 165 countries worldwide. It has an employee base of 42,000 people across 77 countries.