The amyloid theory has long formed the basis of many drug development approaches in Alzheimer’s disease (AD). But longstanding questions surrounding this theory, including a July 21 report suggesting potential fabrication in preclinical studies, have called the theory into question.

According to the amyloid theory, stopping the large accumulation of amyloid-beta plaque in the brain could slow or stop AD progression. However, last week’s Science report suggested image alteration and duplication in dozens of journal articles supporting the theory. This includes a prominent 2006 Nature article, which has more than 2,000 citations, linking amyloid-beta accumulation to memory impairment.

Even before the recent accusations of manipulated images, the amyloid theory was already drawing major headlines. In June 2021, the FDA granted Biogen’s Aduhelm (aducanumab) accelerated approval for AD, using amyloid-beta reduction as a surrogate marker. A series of controversies ensued, culminating in Medicare’s decision to severely limit coverage due to concerns over efficacy and potential toxicity.

Most AD funding and research is heavily invested into the amyloid theory due to longstanding support from prominent experts, says Dr George Perry, Chair of Neurobiology at University of Texas at San Antonio. 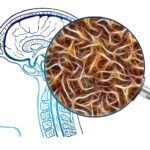 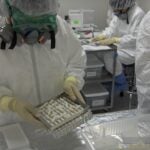 According to GlobalData’s Clinical Trials Database, amyloid and amyloid-related targets are among the most common approaches in ongoing AD clinical trials. Among ongoing Phase III trials with listed targets, 17 assets target amyloid directly and at least 16 candidates have amyloid-related targets. For context, up to 16 assets have targets separate from the amyloid theory. GlobalData is the parent company of Clinical Trials Arena.

Where is the Alzheimer’s field headed

Despite the controversies, Perry does not expect the AD field to move away from the amyloid theory anytime soon. The field will likely pursue trials using this theory for another 10–20 years given the significant current investment, he explains. It would likely take a clear-cut trial success in an AD target outside of the amyloid hypothesis to move the field away, he adds.

Looking ahead, multiple upcoming regulatory decisions for amyloid-targeting treatments could set the stage for the future of AD research. Leading the pack is Lilly’s donanemab. Like Aduhelm, it is a monoclonal antibody targeting amyloid-beta plaque build-up.

Donanemab has a PDUFA date scheduled for January 2023 and will likely face questions over its patient benefit. An FDA Advisory Committee overwhelmingly voted against approving Aduhelm due to similar concerns, drawing scrutiny when the FDA ultimately approved.

Perry expects Donanemab will get FDA approval given the precedent of Aduhelm’s approval last year. The question is, Perry says, whether Medicare will pay.