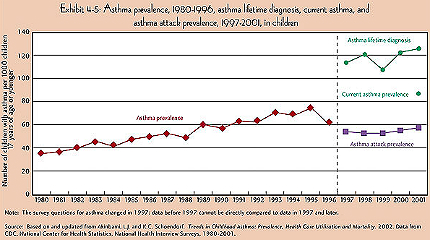 Dulera (mometasone furoate and formoterol fumarate dihydrate) is a new fixed-dose combination inhaler for the treatment of asthma. It was developed by Schering-Plough, which was merged with Merck in November 2009.

In June 2010, dulera was approved by the US Food and Drug Administration (FDA) for treating asthma in patients who are 12 years of age or older. Merck is currently conducting Phase III clinical trials on dulera for chronic obstructive pulmonary disease (COPD).

Causes of asthma and statistics for the chronic lung disease

Asthma is a chronic lung disease which affects the airways. These airways are tubes that carry air in to and out of the lungs. The disease causes swelling and narrowing of the airways, causing difficulty in breathing.

It affects people of all ages, but more commonly occurs during the childhood. About 22 million people in the US alone are estimated to have asthma, and six million of them are children.

“Dulera has been commercially available in the US market since July 2010.”

The drug contains a combination product of corticosteroids (mometasone furoate) and long-acting beta2-adrenergic agonists (LABA) (formoterol fumarate). It prevents symptoms of wheezing and shortness of breath in asthma patients.

The mometasone furoate contained in the drug reduces the irritation and swelling of the airways, while the formoterol fumarate works by opening airways in the lungs to make breathing easier. The drug is administered through oral inhalation. 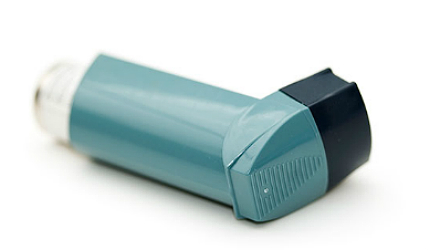 Dulera (mometasone furoate and formoterol fumarate dihydrate) is a new fixed-dose combination inhaler for the treatment of asthma.

Phase I clinical trial on dulera was conducted between June 2010 and March 2011. It was a randomised, single-blind efficacy study. It enrolled 16 patients aged between 18 and 55 years of age, who were suffering from mild to moderate asthma.

The primary outcome measure of the study was to find the change in FEV1 (a calculated ratio used in the diagnosis of obstructive and restrictive lung disease) and change in plasma. The secondary outcome measures included finding allergen-induced changes in urinary leukotriene E4 (LTE4) and sputum.

Surfaxin (Lucinactant) is a non-pyrogenic pulmonary surfactant used for the prevention of respiratory distress syndrome (RDS) in premature infants.

A Phase II clinical trial on dulera was conducted between December 2010 and October 2011. It was a randomised, evaluator-blind, crossover and single dose study, which was focused towards finding the effectiveness of formoterol fumarate (FF) in combination with a mometasone furoate (MF) metered dose inhaler (MDI), delivered with and without a spacer versus placebo and Foradil Aerolizer.

“About 22 million people in the US alone are estimated to have asthma, and six million of them are children.”

FDA approval for dulera was based on two randomised Phase III clinical trials. The trials recruited a total of 1,509 patients with asthma, who were aged 12 years and above.

The results from the Phase III clinical trials showed that patients administered with dulera experienced significant improvement from baseline in lung function at week 12 when compared to mometasone furoate in trials I and II and to placebo in trial I.

Dulera marketing commentary and competition from GSK and AZN

Dulera has been commercially available in the US market since July 2010. Other combination drugs approved by the FDA for the same indication include salmeterol and fluticasone (advair) developed by GSK, along with formoterol and budesonide (symbicort) developed by AstraZeneca.