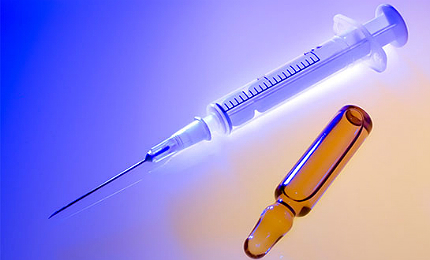 Elelyso (taliglucerase alfa) is an intravenous drug indicated for the treatment of type one Gaucher disease. The drug was jointly developed by Protalix BioTherapeutics and Pfizer.

Protalix and Pfizer received the US Food and Drug Administration’s (FDA) approval for Elelyso for the treatment of adult patients with type one Gaucher disease, in May 2012. Protalix received marketing authorisation for Elelyso in Israel in September 2012.

Type one of Gaucher disease is the mild and most common form of the disease affecting about 90% of the patients. The symptoms of the disease include anaemia, fatigue, easy bruising and a tendency to bleed. The disease could lead to spleen damage, bone problems and anaemia.

Type 1 Gaucher disease is estimated to affect about 6,000 people in the US. It was considered an orphan disease by the FDA.

Mechanism of action of Elelyso

Elelyso contains a recombinant glucocerebrosidase enzyme, known as taliglucerase alfa. The drug works by catalysing the hydrolysis of non-functional glucocerebroside to glucose and lipid molecules. The drug is administered intravenously through an injection.

FDA approval for Elelyso was based on the results from two Phase III clinical studies conducted for nine months.

The first Phase III clinical trial was a randomised, double blind and multicentre clinical study. It was conducted between August 2007 and October 2009 in numerous study centres located across US, Canada, UK, Spain, Italy, Israel, South Africa and Chile. The study enlisted 31 adult patients with Gaucher disease. The patients were treated with Elelyso doses of either 30 units/kg or 60 units/kg.

"FDA approval for Elelyso was based on the results from two Phase III clinical studies conducted for nine months."

The primary endpoint of the study was finding the change in spleen volumes (SD) after nine months, through MRI.

The study’s results showed that the organ volumes and haematologic values remained stable on average in the nine months of treatment period. The side effects associated with Elelyso, observed during the clinical studies, included infusion reactions, nasopharyngitis, throat infection, headache, arthralgia, influenza / flu, UTI / pyelonephritis, back pain and extremity pain.

Protalix BioTherapeutics and Pfizer entered into an agreement for the joint worldwide development and commercialisation of Elelyso, in November 2009. The agreement allows Protalix to retain the commentarial rights of Elelyso in Israel, while Pfizer was licensed to develop and commercialise Elelyso worldwide.

Other medications available in the market for treatment of Gaucher disease include miglustat (Zavesca), which was developed by Actelion, and Cerezyme (imiglucerase), developed by Genzyme.

Signifor (SOM230 / Pasireotide) is a somatostatin analogue indicated for the treatment of patients with Cushing’s disease for whom surgery has failed.

Semagacestat (LY-450139) was a gamma secretase inhibitor being developed as a treatment for Alzheimer’s disease by Eli Lilly.