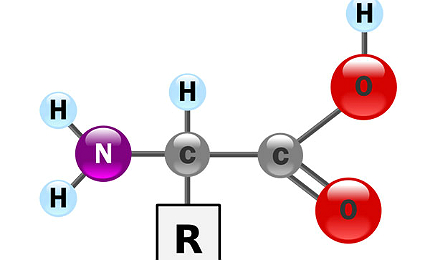 Gattex (teduglutide) is a subcutaneous injection indicated for the treatment of adult patients with short bowel syndrome (SBS). The drug was developed and manufactured by NPS Pharmaceuticals in association with Takeda Pharmaceuticals.

NPS and Takeda received marketing authorisation from the European Commission (EC) for teduglutide for the treatment of SBS, in September 2012. The drug is popular with its trade name of Revestive in Europe.

NPS received approval for Gattex from the US Food and Drug Administration (FDA) for the treatment of SBS later in the same year, in December 2012.

NPS currently holds the global rights on Gattex (teduglutide). The company launched Gattex in the US market in the first quarter of 2013. It licensed the commercial rights of teduglutide (Revestive) in Europe to Takeda Pharmaceuticals in January 2013, for a milestone payment of $50m.

Short bowel syndrome (SBS) is a malabsorption disorder. It is a condition in which the body is unable to get sufficient nutrients and fluids through the gastrointestinal tract to sustain life. The disease is caused due to the surgical removal of the small intestine, or due to the complete dysfunction of a large segment of bowel.

Patients affected with SBS are infused with parenteral nutrition (PN) intravenously between ten and 12 hours, or 24 hours in some cases. The continuing use of PN intravenously could lead to blood clots, bloodstream infections and liver damage. SBS is estimated to affect between 10,000 and 15,000 people in the US. It was designated as orphan disease by the FDA.

Gattex consists of the human glucagon-like peptide 2 (GLP-2). The drug increases the intestinal and portal blood flow, and stops the secretion of gastric acid. The drug can be administered in the form of a subcutaneous injection.

"NPS currently holds the global rights on Gattex (teduglutide). The company launched Gattex in the US market."

The FDA approval for Gattex was based on four Phase III clinical studies conducted by NPS Pharmaceuticals.

The patients were administered with Gattex 0.05mg/kg/day or placebo subcutaneously once daily for 24 weeks. The primary efficacy endpoint of the study was achieving at least 20% reduction in weekly PN/I.V.

The second clinical study was an extension to the first Phase III clinical trial. It was an open label clinical study which enrolled about 88 patients. The patients were administered with Gattex 0.05 mg/kg/day.

The third Phase III clinical trial on Gattex was a multicentre, randomised, double-blind, placebo-controlled and parallel group assignment. The study enrolled SBS patients who were dependent on PN/I.V. for at least 12 months. The patients were administered with Gattex 0.05 mg/kg/day, Gattex 0.10 mg/kg/day dose, or placebo.

The study’s results demonstrated that the Gattex-administered patients achieved 46% reduction in PN/I.V support compared to six percent in the placebo group. The patients in the Gattex group belonging to both dose levels experienced 2.5 L/week reduction in PN/I.V support compared to 0.9 L/week for placebo, after 24 weeks of study. Two patients of Gattex 0.05 arm became free from using PN/I.V at week 24.

The fourth Phase III clinical study is an extension of the third clinical trial for an additional 28 weeks. The blinded and uncontrolled study enrolled more than 65 patients from the Phase III. The result of the Phase IV study showed that the patients who entered form study three sustained a response of more than 75% after one year of treatment with Gattex. The reduction of PN/I.V support was 20% or greater in more than 68% of the patients treated with Gattex 0.05.

Linzess (linaclotide) is a guanylate cyclase-C (GC-C) agonist indicated for the treatment of irritable bowel syndrome with constipation (IBS-C) and chronic idiopathic constipation (CIC) in adult men and women. It is jointly developed by Forest Laboratories and Ironwood Pharmaceuticals.

Stivarga (regorafenib), developed by Bayer HealthCare, is an oral multikinase inhibitor indicated for the treatment of metastatic colorectal cancer (mCRC).