The US FDA approved sutent for the treatment of pancreatic neuroendocrine tumours in patients with unresectable locally advanced or metastatic disease, in May 2011.
Pancreatic neuroendocrine tumours are a group of rare tumours of the endocrine pancreas which form due to the hormone-producing cells in the pancreas.
Sutane contains oral multikinase inhibitors which stops the spread of cancer by blocking multiple molecular growth receptors. 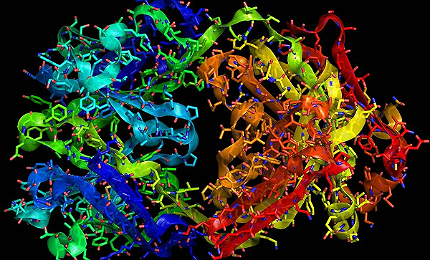 Kadcyla (trastuzumab emtansine) is an antibody drug conjugate indicated for the treatment of HER2-positive metastatic breast cancer (mBC). The drug has been developed by Genentech (a member of the Roche Group).

In February 2013, Genentech received approval for kadcyla from the US Food and Drug Administration (FDA) for the treatment of HER2-positive mBC.

Kadcyla received approval from Japanese Ministry of Health, Labour and Welfare in September 2013 for HER2-positive inoperable or recurrent breast cancer.

The Committee for Medicinal Products for Human Use (CHMP) of EMA recommended for the approval of kadcyla for the treatment of adult patients with HER2-positive mBC patients in September 2013.

Roche also submitted the regulatory application for the approval of kadcyla to other drug authorities around the world.

Breast cancer is prevalent in women across the world. The cancer starts in the tissues of the breast.

The most noticeable symptoms of the disease include a lump which is different from other breast tissues, change in shape of nipple and variation in sizes of breasts. The HER2-positive cancer is a fatal form of cancer that is found in about 25% of the cases.

According to the estimates of the American Cancer Society, about 235,000 people in the US will be diagnosed with breast cancer and 40,000 will die from the disease in 2013. It is also estimated that the disease affects about 1.4 million women across the world every year, and more than 450,000 women die of the disease.

Kadcyla contains a targeted cancer medicine called an antibody-drug conjugate (ADC). The drug is a mixture of trastuzumab antibody and DM1 chemotherapy. The drug works by inhibiting HER2 receptor signalling. The drug also gets rid of HER2 extracellular domain present in the human breast cancer cells. The drug is available in 100mg vials which can be used for intravenous infusion.

Genentech conducted a Phase I clinical study on kadcyla between April 2006 and August 2009. It was an open label, multicentre, dose escalation study. The study enrolled more than 55 patients with HER2-positive mBC patients who received trastuzumab before. The study assessed the safety, tolerability and pharmacokinetics of kadcyla.

"Genentech conducted a Phase I clinical study on kadcyla between April 2006 and August 2009."

The primary outcome measure of the study was finding the frequency and nature of dose-limiting toxicities. The secondary outcome measure included objective response, duration of response and progression-free survival. Phase II clinical trials on kadcyla were carried out between May 2009 and January 2012. It was an open label, non-randomised, multinational and single group assignment. The study enrolled more than 66 patients.

The FDA approval for kadcyla was based on the data collected from a Phase III clinical study known as EMILIA study. It was an open label, randomised, study which compared kadcyla alone to lapatinib in combination with Xeloda. The study enrolled 991 patients.

The study met the co-primary efficacy endpoints, which included finding overall survival and progression-free survival (PFS). The patients who received kadcyla survived a median of 5.8 months longer when compared to the patients who were administered with a combination of lapatinib and Xeloda.

The median overall survival in kadcyla-administered patients was 30.9 months, whereas it was 25.1 months in combination of lapatinib and Xeloda patients.

The CHMP’s positive opinion for the approval of kadcyla was based on the clinical data from a phase III study known as EMILIA. The study enrolled HER2-positive locally advanced or metastatic breast cancer patients who had previously been treated with Herceptin and taxane chemotherapy to live for nearly 10 months.

The study found that kadcyla has a tolerable safety profile and causes lesser severe side effects than current chemotherapy.

Roche launched kadcyla in the US market in March 2013. Chugai Pharmaceuticals holds the marketing rights of kadcyla in Japan.

Other medications approved for the treatment of similar indication include GSK’s Tykerb (lapatinib ditosylate) and Roche’s Xeloda (capecitabine), Perjerta (pertuzumab) and Herceptin (trastuzumab).

Stivarga (regorafenib), developed by Bayer HealthCare, is an oral multi-kinase inhibitor indicated for the treatment of Metastatic Colorectal Cancer (mCRC).