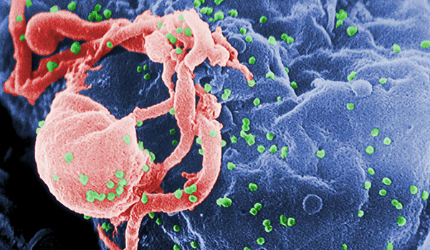 Janssen Therapeutics received approval from the US Food and Drug Administration (FDA) for the treatment of HIV-1 infection in adults with no darunavir resistance-associated substitutions in January 2015. It was also approved in Canada in June 2014.

The drug also received positive opinion for approval from the Committee for Medicinal Products for Human Use (CHMP) of the European Medicines Agency (EMA) in September 2014. It was approved by the European Commission (EC) in November 2014 for the treatment of HIV-1 infection in adults aged 18 years or older, and is being marketed under the trade name Rezolsta®.

Edurant (rilpivirine) for the Treatment of HIV-1 Infection, United States of America

Edurant (rilpivirine) is an antiviral drug indicated for treatment-naive adults with HIV-1 infection.

HIV infection is caused by lentivirus, which affects the immune system and leads to severe lifelong illness due to its long incubation period. The final stage of HIV is acquired immunodeficiency syndrome (AIDS), an advanced condition where the immune system can no longer defend the body against life-threatening illnesses.

Prezcobix is an antiretroviral combination tablet that contains 800mg of darunavir, an inhibitor of the HIV-1 protease, and 150mg of cobicistat, a pharmacokinetic enhancer or boosting agent.

The drug works by selectively inhibiting the cleavage sites of HIV-1-encoded Gag-Pol polyproteins in infected cells, thereby preventing the formation of mature virus particles. It also enhances the systemic exposure of CYP3A substrates. It is available in tablet form for oral administration.

The FDA-approval for Prezcobix was based on the bioequivalence data obtained from two clinical trials, named TMC114IFD1003 and GS-US-216-0130. The first study evaluated the safety and efficacy of the drug with a darunavir and cobicistat fixed-dose combination tablet, versus single agents.

The second study evaluated the safety and efficacy of cobicistat-boosted darunavir for the treatment of HIV-1 in adults with no darunavir resistance-associated mutations.

The GS-US-216-0130 clinical study enrolled 313 HIV-infected patients and administered them with darunavir 800mg and cobicistat 150mg as single entities. The adverse reactions were evaluated through week 24.

The study results demonstrated that at week 24 the patients treated with darunavir 800mg and cobicistat 150mg did not differ substantially from those reported in clinical trials with darunavir co-administered with ritonavir 100mg.

The most common adverse reactions encountered during the clinical trials were diarrhoea, nausea, rash, headache, abdominal pain and vomiting.

Prezcobix’s efficacy and safety were demonstrated in two phase III clinical trials, known as ARTEMIS (TMC114-C211) and ODIN (TMC114-C229), which evaluated once-daily use of darunavir co-administered with ritonavir.

Janssen Therapeutics develops and commercialises Prezcobix in the US, whereas Janssen-Cilag International, a part of the Janssen Pharmaceutical Companies of Johnson & Johnson, produces and markets the drug in Europe.

Other medications approved for the treatment of same disease include Tivicay (Dolutegravir) developed by ViiV Healthcare, Stribild produced by Gilead Sciences and Japan Tobacco (JT), and Edurant (rilpivirine) manufactured by Tibotec Pharmaceuticals and Janssen Pharmaceutical.