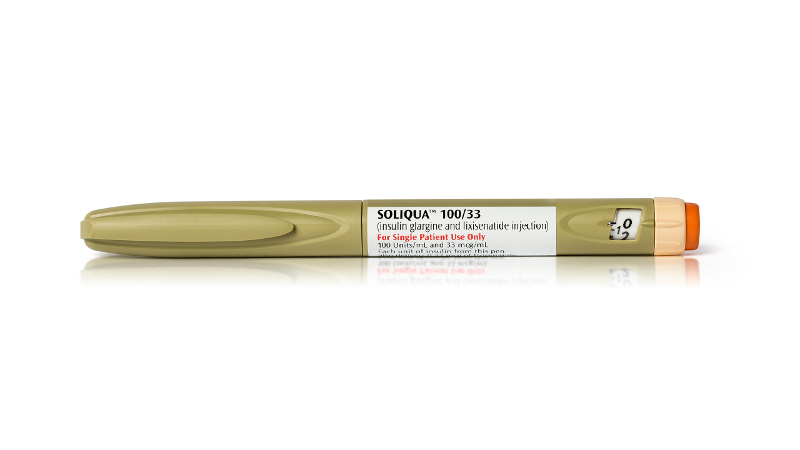 Developed by Sanofi, Soliqua 100/33 (insulin glargine & lixisenatide injection) is indicated for the treatment of Type 2 diabetes.

This new drug application was submitted to the US Food and Drug Administration (FDA) on 23 December 2015 and it was approved on 21 November 2016.

Sanofi has also submitted a marketing authorisation application (MAA) for Soliqua 100/33 to the European Medical Agency (EMA) and it has received a positive opinion for approval from the Committee for Medicinal Products for Human Use of EMA on 11 November 2016.

Diabetes is a metabolic disorder, which may occur due to high blood sugar levels in the body. Diabetes is usually one of two types, Type 1 and Type 2.

Type 1 diabetes occurs when the pancreas does not make any insulin, which results in increased glucose levels in the blood.

Type 2 diabetes is the most common type of diabetes. Patients’ body cells do not use insulin efficiently leading to an increase in blood sugar levels. The condition is usually associated with symptoms such as increased thirst, frequent urination, fatigue, sores, increased hunger, and unusual weight loss.

In the long run, the disease may be associated with major problems such as heart diseases, strokes, kidney failure, and diabetic retinopathy.

The US FDA approved Soliqua 100/33 based on results obtained from two phase 3 clinical trials, Lixilan-O and Lixilan-L. These were conducted to evaluate the safety and efficacy of the drug for the treatment of Type 2 diabetes.

The trial enrolled 1,170 Type 2 diabetics, who were already treated either with metformin or metformin with a second oral anti-diabetic agent. The subjects in the trial were randomised to receive either a once-a-day insulin glargine/lixisenatide fixed-ratio combination, once-daily insulin glargine, or once-daily lixisenatide with a starting dose of 10µg, which was gradually increased to 20µg of maintenance dose after two weeks.

At week 30, the arm treated with the insulin glargine/lixisenatide fixed-ratio combination was observed to have demonstrated significant reduction in HbA1c levels (-1.6%) from baseline when compared to insulin glargine (-1.3%) and lixisenatide (-0.9%).

Lixilan-L was a 30-week, active-controlled, open label, two arm, randomised, parallel-group, and multi-centre study conducted to evaluate the efficacy of insulin glargine and lixisenatide fixed-ratio combination when compared to insulin glargine with or without metformin.

The trial enrolled 736 Type 2 diabetics who were already treated with basal insulin, with or without one to two oral anti-diabetic agents.

The most common adverse events observed during the trials were nausea, vomiting, nasopharyngitis, upper respiratory tract infection, and diarrhoea.