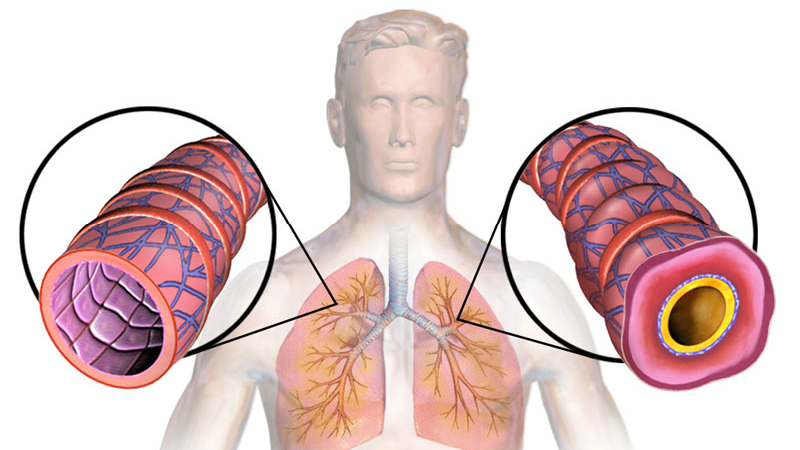 Symbicort (budesonide and formoterol) is an inhaled corticosteroid (ICS) and long-acting beta2-agonist (LABA) indicated for the treatment of asthma in paediatric patients aged between six and 12 years. The drug was discovered and developed by AstraZeneca.

AstraZeneca received approval from the US Food and Drug Administration (FDA) for Symbicort in January 2017. Symbicort was earlier approved in June 2009 for the maintenance treatment of airflow obstruction in adult patients suffering from chronic obstructive pulmonary disease (COPD). It was approved for use in patients 12 years and older in July 2006.

Symbicort was first approved in Sweden for the treatment of asthma in August 2000 and is also approved for use in pressurised metered-dose inhaler (pMDI) and Turbuhaler. It is currently available in more than 120 countries for the regular treatment of asthma and for the maintenance treatment of COPD in adults, adolescents and younger patients.

Other medications available for the treatment of the same indication include Flutiform (fluticasone proprionate and formoterol fumarate) developed by Mundipharma and SkyePharma and Dulera (Mometasone Furoate and Formoterol Fumarate Dihydrate) manufactured by Merck.

Asthma is a respiratory disease characterised by recurrent breathlessness and wheezing. It is a long-term inflammatory disease involving the airways in the lungs. The disease symptoms include episodes of wheezing, coughing, chest tightness and shortness of breath.

Asthma affects more than 300 million adults and children worldwide. The number is expected to increase to 400 million by 2020. An estimated 6.3 million children under the age of 18 years are diagnosed with asthma in the US alone.

Symbicort contains two active ingredient formulations, budesonide and formoterol. Budesonide is an inhaled corticosteroid (ICS) that works by reducing and preventing respiratory tract inflammation, while formoterol is a long-acting beta2-agonist bronchodilator (LABA) that decreases resistance in the respiratory airway and increases airflow to the lungs.

FDA approval for Symbicort in paediatric patients was based on phase III clinical study known as ChildHood Asthma Safety and Efficacy (CHASE), which enrolled paediatric asthma patients aged between six and 12 years.

The patients were administered with either Symbiocort pMDI 80mcg or low-dose inhaled corticosteroid administered as two inhalations twice a day. The primary efficacy endpoint of the study was the change from baseline pre-dose to one-hour post-dose forced expiratory volume in one second (FEV1) at week 12.

The results also showed that change from baseline in one-hour post-dose peak expiratory flow (PEF) was superior in Symbicort 80 / 4.5mcg versus other treatments at week 12.

AstraZeneca is a biopharmaceutical company engaged in the discovery, development and commercialisation of prescription medicines in more than 100 countries.

The company’s primary areas of focus include oncology, cardiovascular, metabolic and respiratory diseases. AstraZeneca’s respiratory therapy area includes a large portfolio of drugs that addressed the medical needs of 17 million patients in 2015.