Expand
Vosaroxin is a first-in-class anticancer quinolone derivative indicated for the treatment of acute myeloid leukaemia. It is being developed by Sunesis Pharmaceuticals.
Vosaroxin works by intercalating into the DNA and causing G2 arrest and cell death (apoptosis). It has exhibited potent anticancer activity.
Bone marrow: myeloblasts with Auer rods seen in Acute Myeloid Leukemia.

Vosaroxin is a first-in-class anticancer quinolone derivative (AQD) under development by Sunesis Pharmaceuticals for the treatment of acute myeloid leukaemia (AML). It is the leading drug candidate of the company and is currently undergoing Phase III clinical trials.

On 23 February 2011, the drug was granted fast track designation by the US FDA for the treatment of relapsed or refractory AML in combination with cytarabine. It received orphan drug designation in 2009.

In order to accelerate timelines and extend indications for Vosaroxin, Sunesis is seeking a partner to co-develop the drug. The drug is also being evaluated in clinical trials for platinum-resistance ovarian cancer.

In August 2011, the US Patent and Trademark Office issued a patent covering Vosaroxin. Patent applications are pending for approval in Europe, Japan, Australia and Canada.

AML is a cancer of the blood that starts inside the bone marrow and progresses rapidly. Bone marrow is the soft tissue, found inside bones, that facilitates cell creation. The disease is associated with the rapid growth of immature blast cells in the bone marrow.

A very common type of leukaemia infecting adults, AML develops cancer in cells that would have otherwise developed into white blood cells. As the cancerous cells grow and quickly replace the healthy blood cells, the bone marrow stops functioning, preventing it from helping the body fight infections. As a result, AML affected people become more prone to infections and are subject to an increased risk of bleeding as the percentage of healthy blood cells falls.

Vosaroxin is a replication-dependent DNA damaging agent that leads to G2 arrest and cell death (apoptosis). The drug intercalates into the DNA and exerts potent anticancer activity. It inhibits topoisomerase II activity by blocking the replication of double-strand breaks induced by topoisomerase II enzymes.

At selective sites in the DNA, the blockage causes replication-dependent, double-strand damage to the DNA. As a result, cancer cells that typically grow rapidly and show resistance to pathways meant to remove damaged or aberrant cells fail to divide and subsequently die.

Two clinical trials for AML and one for ovarian cancer are currently ongoing for Vosaroxin. Sunesis has also performed a Phase I single agent dose-escalation study of Vosaroxin in relapsed or refractory AML patients. The study proved Vosaroxin to be well tolerated with 43% (13 out of 30) of patients who were administered with 50mg/m² or more doses of Vosaroxin on a weekly dose basis experiencing bone marrow blast reduction to less that 5%. Complete remission with incomplete recovery of normal hematopoietic blood elements was experienced by five patients among the 13.

A phase Ib/II study on Vosaroxin began in August 2007. In this open-label, multicenter, dose-escalating study, Vosaroxin was administered in combination with cytarabine as a treatment for patients with relapsed or refractory AML. The primary and secondary endpoints respectively were to establish the safety and tolerability, and the pharmacokinectic profile of the drug in combination with cytarabine. Results of the study, announced in July 2011, indicated that Vosaroxin was well tolerated. Vosaroxin showed strong anti-leukemic capabilities in patients.

"Vosaroxin is being evaluated for ovarian cancer in a phase 2 study."

A phase II study on Vosaroxin, named REVEAL-1 (Response Evaluation of VorEloxin in AML), began in April 2008. The study was designed to establish the safety and anticancer activity of Vosaroxin in 133 older patients with untreated AML and who are unlikely to benefit from standard chemotherapy induction. Median survival rate of 7.7 months was observed in the study.

The phase III study on Vosaroxin, named VALOR (Vosaroxin and Ara-c combination evaluating overall survival in relapsed/refractory AML), was launched in December 2010. The randomised, multinational, double-blind and placebo-controlled study will be conducted on about 450 patients with first relapsed or primary refractory AML.

Patients will be administered either with 90mg/m² Vosaroxin daily for five days and with 1mg/m² cytarabine on days one and four or with placebo cytarabine combination. The interim analysis by Data and Safety Monitoring Board (DSMB) is scheduled for mid-2012.

The DSMB conducted a periodic safety review of the VALOR trial in December 2011 and recommended continuation without any alterations to the study’s design.

Vosaroxin was evaluated for ovarian cancer in a phase II study. The open-label, multicenter study began in November 2006 and evaluated Vosaroxin as a treatment for ovarian cancer among women aged over 18 years, who have undergone a platinum-based chemotherapeutic drug regimen but have either failed to respond or have faced a relapse within six months. The study was completed in 2010.

In December 2011, Sunesis announced that it was participating in a phase II/III study being conducted by the Cardiff University. The study will compare the safety and efficacy of Vosaroxin with low dose cytarabine in elderly patients suffering from AML and high-risk myelodysplastic syndrome.

PRIORIX for the Prevention of Measles, Mumps and Rubella, USA 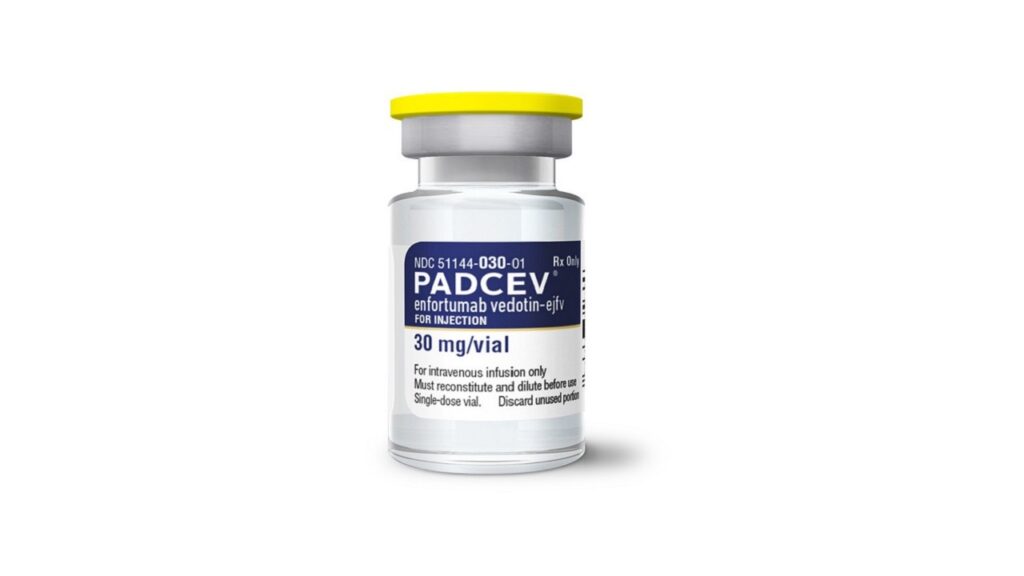 Padcev (enfortumab vedotin) for the Treatment of Urothelial Cancer, USA
Topics in this article: