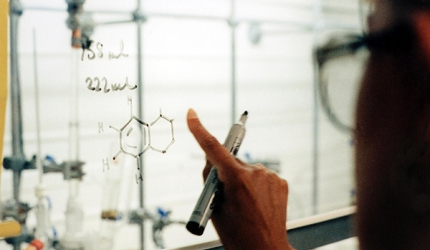 Zinforo (ceftaroline fosamil) is a new intravenous cephalosporin antibiotic indicated for the treatment of serious skin infections or community-acquired pneumonia. It was developed by AstraZeneca in collaboration with Forest Laboratories.

In August 2012, AstraZeneca received marketing authorisation for Zinforo from the European Commission, for the treatment of adult patients with complicated skin and soft tissue infections (cSSTI) or community-acquired pneumonia (CAP).

cSSTIs are infections of the skin and underlying soft tissues, such as fascia and muscle layers, which are difficult to treat. cSSTIs represent about 12% of all antibiotic-treated hospital patients in Europe.

"Zinforo (ceftaroline fosamil) is a new intravenous cephalosporin antibiotic indicated for the treatment of serious skin infections or community-acquired pneumonia."

Community-acquired pneumonia (CAP) is an infection of the lungs. The annual incidence of the disease is estimated to be between two and 12 cases per 1,000 inhabitants in Europe. The incidence of CAP is also found to be four-times higher in the elderly population than in younger populations. About 30% of the population in Europe is expected to reach elderly status by 2060, and the burden of CAP is expected to be more significant in future.

The treatment for both cSSTI and CAP diseases is associated with considerable morbidity, mortality, resource-use and healthcare costs, despite the availability of numerous antibiotics.

Zinforo contains a form of cephalosporin antibiotic that works by inhibiting and binding-to penicillin-binding proteins (PBPs), which play an important role in bacterial cell wall synthesis and repair. The drug helps reduce bacterial cell replication or cell death. It also contributes to the bactericidal activity against the common causative pathogens of cSSTI and CAP.

"Zinforo contains a form of cephalosporin antibiotic that works by inhibiting and binding-to penicillin-binding proteins (PBPs), which play an important role in bacterial cell wall synthesis and repair."

The first CANVAS study was a randomised and double-blind clinical study. It enrolled 702 patients with cSSTI. About 353 patients were administered with Zinforo, and 349 received vancomycin plus aztreonam.

The study’s results showed that Zinforo achieved high clinical cure and microbiological success rates, and was efficacious for cSSTIs caused by MRSA and other common cSSTI pathogens. It was well-tolerated and proved to be a potential monotherapy alternative for the treatment of cSSTI.

The second CANVAS study was also a randomised and double-blind clinical study. It enrolled 694 patients with cSSTI. About 348 patients were administered with Zinforo and 346 were given vancomycin plus aztreonam.

The results demonstrated that Zinforo showed high clinical cure and microbiological success rates in treating cSSTIs caused by MRSA. It was also found to be effective against other common cSSTI pathogens.

The study’s results established that Zinforo showed high clinical cure and microbiological response rates in hospitalised patients with CAP. It proved to be an effective and well-tolerated treatment option.

The second FOCUS study was a randomised, double-blinded, and multicentre study. It enrolled 627 patients with CAP of PORT risk class III or IV. About 315 patients were administered with Zinforo and 307 received ceftriaxone.

The results of the study revealed that Zinforo achieved high clinical cure and microbiological response rates in CAP patients. Zinforo was well-tolerated, with a safety profile that is similar to that of ceftriaxone and other cephalosporins.

The results of the studies demonstrated the clinical efficacy of Zinforo in treating cSSTI and CAP with the recognised tolerability profile of the cephalosporin class.

Restanza (cethromycin) is a second-generation ketolide, once-a-day oral antibiotic that is under review for approval by the US Food and Drug Administration (FDA) for the treatment of community-acquired pneumonia (CAP).

In 2009, Forest Laboratories out-licensed AstraZeneca the exclusive worldwide commercial rights, as well as co-exclusive development rights, for Zinforo, excluding US, Canada and Japan. In March 2011, Forest launched ceftaroline fosamil in the US under the trade name Teflaro for the same indication.

Zinforo is the only approved cephalosporin monotherapy in Europe. It is approved in all 27 European Union member states and Iceland, Liechtenstein and Norway.

Inside the MS mega-trial: inspired by cancer, supported by patients

Covaxin Phase III data shows jab to be 77.8% effective ahead of WHO meeting

LUMAKRAS™ (Sotorasib) for the Treatment of Non-Small Cell Lung Cancer

LUMAKRAS (sotorasib) is an oral, first-in-class therapy indicated for the treatment of adult patients with KRAS G12C-mutated locally advanced or…

TRUSELTIQ™ (infigratinib) for the Treatment of Cholangiocarcinoma

TRUSELTIQ™ (infigratinib) is an oral kinase inhibitor indicated for the treatment of previously treated, unresectable locally advanced or metastatic cholangiocarcinoma…

PEPAXTO® (melphalan flufenamide) is a first-in-class peptide-drug conjugate indicated, in combination with the glucocorticoid dexamethasone, for the treatment of relapsed…

EMPAVELI (pegcetacoplan) for the Treatment of Paroxysmal Nocturnal Haemoglobinuria (PNH)